Home All The News Ancelotti: Everton’s attackers had ‘to do better’ against Palace 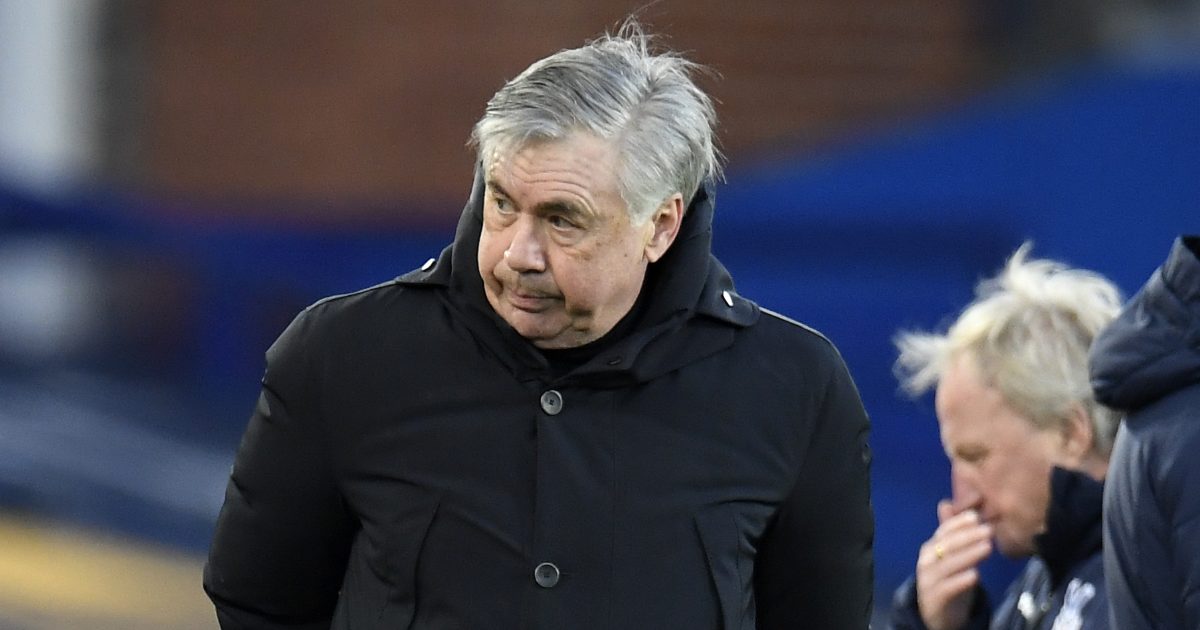 Carlo Ancelotti was left frustrated that Everton did not kill the game off against Crystal Palace at Goodison Park.

Eagles substitute Michy Batshuayi scored an 86th-minute equaliser two minutes after coming off the bench to cancel out James Rodriguez’s 100th goal in European club football on his return after a six-week absence in the 1-1 draw at Goodison Park.

The Toffees, with just one home league win in eight matches, paid the price from some wasteful finishing from Richarlison, in particular, and Dominic Calvert-Lewin.

FEATURE: Stars who featured against future teams in Champions League

It means they missed a chance to move within touching distance of the Premier League’s top four with a match in hand of all their rivals.

“The reason (for the result) was we were not able to kill the game when we had the opportunity,” Ancelotti said.

“We had a lot of chances and usually in the last games our strikers in those situations were really clinical. Tonight they need to do better.

“After we opened the scoring we had opportunities, we could have closed the game, and sometimes it can happen the last 10 minutes you have to defend and there might be a little mistake.

“That’s what happened in the last situation and we have two points less.

“We deserved to win, we have lost points for our mistakes. We were not unlucky, I have to say.

“I think the position in Europe is still there because we are in the fight and we have one game in hand but we have to be more focused in this situation – when you deserve to win, you have to win.”

During the international break Batshuayi, while away with Belgium, had said he had the trust of his country but not his club.

Palace boss Hodgson played down the significance of those comments and said the on-loan Chelsea striker’s attitude since returning had been good and that had given him the faith to utilise him, even if it was as an 84th-minute substitute.

“He scored a goal, which was important. He has to be very pleased with that and we are pleased with it,” Hodgson said.

“When players go on international duty and they’ve just scored a goal for their national team and they are asked how it is at Palace as they are not playing a lot, it would be a surprise to me if he didn’t make the comments he did.

“Since he came back he has been in good spirits and contributed well in training sessions, which has given me the faith to put him on tonight to see what he could do for us and luckily he has repaid that faith.

“It is good for me to know, going forward, Michy still has goals in him.”