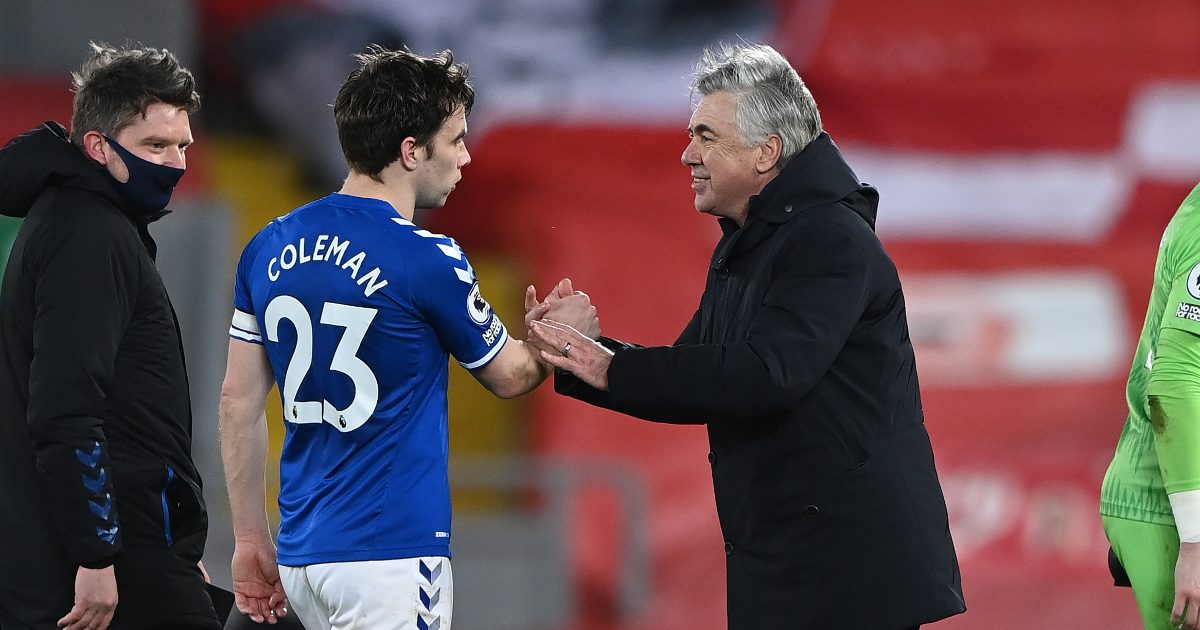 Carlo Ancelotti has lauded Everton captain Seamus Coleman for being such a “great role model” for his teammates.

The right-back joined the Toffees in 2009 for just £60,000 from Irish side Sligo Rovers. He had a spell on loan with Blackpool in the Championship shortly after joining, but he established himself as a regular for Everton from the 2010/11 season onwards.

The 32-year-old has been a superb asset to Everton over the years. Since his move, he was totted up just short of 300 Premier League appearances.

READ MORE: The 40/1 shot that could see Liverpool scupper Chelsea

During his time at the club, he has been one of the most consistent full-backs in England. In 2019 he was named as their new captain when Phil Jagielka left.

Coleman has played 20 times so far this season under Ancelotti. The Toffees are having a great campaign as they are right in the race for the top four.

In an interview with Everton’s official website, Ancelotti suggested that Coleman is a “fantastic example” to his teammates:

“It is important for a manager to have in his squad a player who is setting the standards really high.

“Seamus is an example for the others. In this sense, he is the same as John Terry, Paolo Maldini, Sergio Ramos; all great models for their teammates.

“Sometimes, you see players sitting on the bench not ready and not focused because they are not playing.

“But in that situation, Seamus is a fantastic example.

“He is not happy if he doesn’t start but he is ready to play, even for one minute.

“Against Tottenham, he played really well with fantastic spirit and he would play with the same spirit for one minute.”