Home All The News Ancelotti: ‘Little details’ to blame for Newcastle defeat 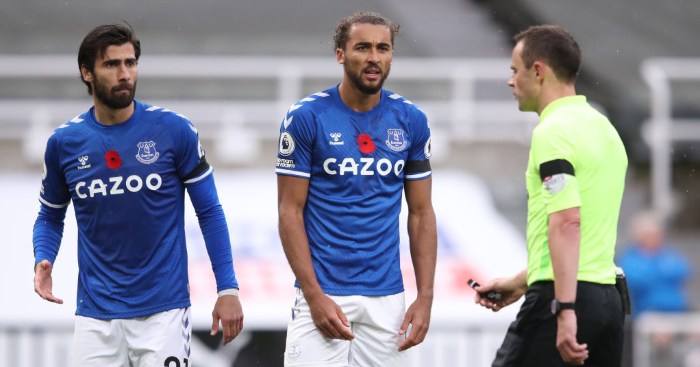 Carlo Ancelotti has cited Everton losing focus at times against Newcastle as the reason for their 2-1 defeat on Sunday.

The Toffees fell to their second consecutive defeat against Newcastle United. It was a game of few chances, but Steve Bruce’s side opened the scoring in the 56th minute.

The goal came as Callum Wilson scored from the penalty spot, and he doubled their lead in the 84th minute.

Everton did their all to find a way back into the game. Dominic Calvert-Lewin scored a consolation goal in the 92nd minute.

They had one or two chances to equalise but it remained 2-1 to hand them their second defeat of the campaign.

The Toffees are now without a win in three Premier League outings. But they remain in second place, level on points with Southampton and Wolves.

Speaking after the game, Ancelotti praised his side for fighting until the end, but he admitted that the “little details” let them down:

“It’s where we missed today – the little details. We knew we didn’t have the usual quality up front but I said to my players, ‘Be focused defensively, don’t give a gift as we don’t want to lose’.

“It was not a good performance. The game was in the balance, they opened the scoring, we were a little bit slow in the contact, we gave them a gift in the penalty and after that, the game is changed. As usual, it happened and we woke up later but the performance was not good.

“We woke up later because we were 2-0 down, we had a good reaction but it was not enough.”