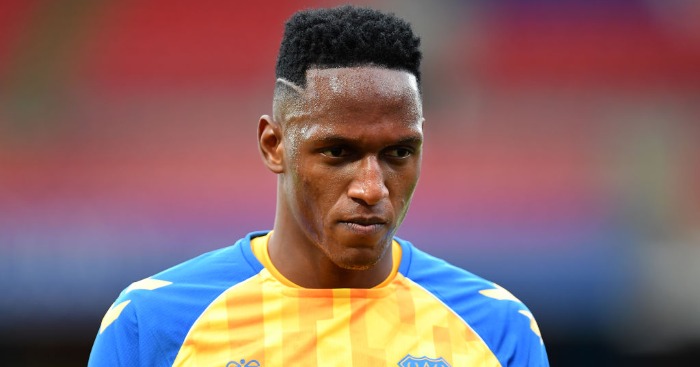 Carlo Ancelotti has shut down claims that he has taken away Yerry Mina’s confidence amid a poor display on international duty.

After impressing for Columbia during the 2018 World Cup, Mina made the move to Everton for €30m from Barcelona.

His debut season in the Premier League was hampered by injury, as he only made 15 appearances in all competitions.

But Mina was a regular last season as he returned to fitness. He was often the first choice under Ancelotti, who took over in December 2019, as he made 29 league appearances.

Mina started in all of Everton’s first seven league games this season. But he dropped to the bench against Manchester United last time out.

Mason Holgate has returned to fitness and he started alongside Michael Keane as the Toffees lost 3-1 against United.

The Columbia international received a lot of criticism for his poor showing against Uraguay during the international break. Mina was at fault for the first goal before he was sent off before full-time in their 3-0 defeat.

Speaking during his recent press conference, as cited by the Liverpool Echo, Ancelotti defended Mina:

“No, I don’t think he was affected by this.

“It was not a good game. The character of Yerry is strong, he is a strong character.

“Unfortunately sometimes he makes mistakes, as all of the players do. But he is still confident and has no problem to play.”