Home F365 Says And now, the end is near for Spurs and Pochettino… 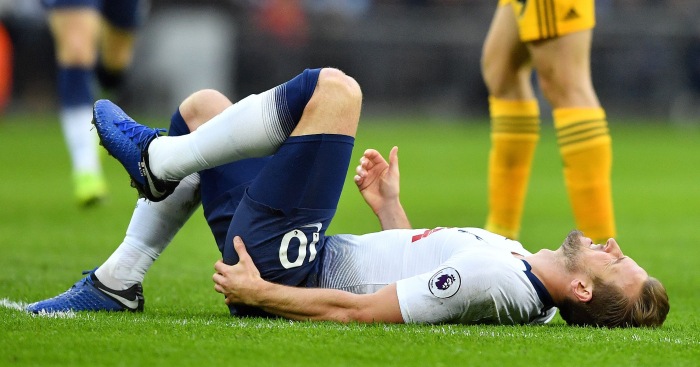 The end of days. The end of the road. The end of an era. Whichever way the phrase ends, it starts with ‘the end’. There now seems little doubt that this Tottenham team under this Tottenham manager is on a glass mountain wearing moccasins. The only way is down and it will not be pretty. Limbs will be lost, tears will be shed and through it all, we will wonder how Champions League finalists contrived to start a season without a right-back worthy of the billing.

Is it possible to lose 7-2 at home and merrily go into the next game with the same manager and the same players? Andre Villas-Boas did not survive losing 5-0 to Liverpool at home, and Tim Sherwood’s chances of surviving beyond the end of the season were dealt a hefty blow by a 5-1 shellacking by Manchester City at White Hart Lane. Mauricio Pochettino has been a far more accomplished Tottenham manager than either of those short-term failures, but surely this kind of result screams for change. The players may no longer be listening. Perhaps that is less damning than the alternative – that they are listening but are simply incapable of following instructions.

There is something rotten in this corner of north London, that is for sure. Too many players want to be at different clubs playing for a different manager and perhaps winning actual trophies, and too many others look stale. The remainder cannot stem the tide alone – either in the microcosm of this game when Tottenham’s diamond was tasked with damming a German tide, or in the season as a whole. It was telling that three-quarters of that diamond had exited by the final whistle; they had looked utterly spent after just 30 minutes.

For 30 minutes, they were quick in the press and incisive in the pass. For the following 60 minutes they were slow in the legs and lackadaisical in just about everything else. They were exposed in the diamond and then exposed in what followed. In the end, the failure was not of system but of collective responsibility. Spurs were broken because they are so fragile.

In truth, they were cracking last season but somehow managed to stick together through the unlikeliest of Champions League campaigns, while the Premier League season ended just in time for them to retain their place. But this is still a team that has lost ten top-flight games in 2019. For context, Newcastle have lost 11. This is not a ‘what on earth has happened in the last four months?’ situation. This has been in the post. This was a team declining in plain sight for the majority of last season.

It’s difficult to escape the notion that Pochettino should have followed through with his less-than-guarded threats to leave the club this summer. He absolutely must have known that things could only get worse, that the inevitable consequence of over-achievement in the face of under-investment would be a crash to earth. He would have departed a hero, with barely a trending #pochout in five years. He could have bequeathed this dressing room with its ‘different agendas’ to an unsuspecting new manager thrilled at taking over Champions League finalists. And then waited at home for Real Madrid or Manchester United to jerk their knees and hook their fingers in his direction.

Instead he has found himself presiding over a 7-2 home defeat which is the clear nadir of his reign. If he recovers from this demolition to lead Tottenham to a creditable season, then give that man the first trophy of his career.