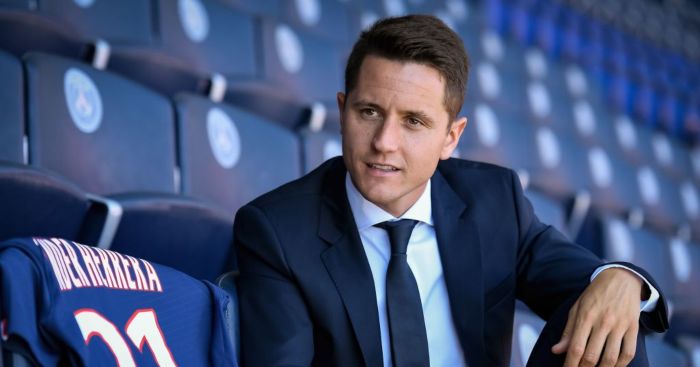 Ander Herrera says he would have “absolutely” stayed at Man Utd if the club had been more proactive in their contract talks with him.

Herrera joined PSG as a free agent upon the expiration of his Man Utd contract last summer, reportedly feeling ‘disrespected’ at the offer of a pay cut to stay at Old Trafford.

The midfielder previously cited “differences” between himself and the club, as well as a failure in communication, as the key reasons behind his departure.

“It was not about money,” Herrera told The Athletic. “It was not about the duration of the contract offer. In my opinion, I waited too long (for an offer) and deserved more attention from the club. I was a player that gave everything.

“I never complained. I never went to the media to complain about anything. I never put a bad face to any manager, to any member of the board, and they waited until I had five or six months left on my contract.

“That’s why I had some disagreements with them. I tell you this but I also tell you that it is part of football, part of life, nothing personal at all. But you ask the question and I give my point of view, as a professional player.”

On whether there could have been a different outcome if Man Utd had handled talks differently, Herrera added: “Yes, absolutely. I thought they were going to come two years before my contract finished, like most other clubs do.

“I expected them to come to sign a new contract after my club Player of the Year award in 2017 but they waited until I had six months left on my contract. I just felt sad. But, I repeat, and I really want you to put this so clear in this interview — that it is part of football, part of life.

“This is only professional and I have no personal problem with them. They had a different idea about the club, about the team, and I respect that 100 per cent. Even if I see Ed Woodward tomorrow, I’ll give him a hug because it is life.

“I had a great relationship with him. He is a very good man but we had some disagreements with our point of views about the team and about the club. That’s it.

“When he is there, you feel this amazing aura, this sense in the room. You can feel how important he has been for the club. On that first day I signed for the club, I was in shock because I was signing for the biggest club in England — one of the top three or four in the world — and Sir Bobby Charlton was there waiting for me at the training ground. My dad (Pedro) was even happier than me.

“Dad played 200 games in the Spanish first division but Sir Bobby was one of the great players for him growing up. We were so thankful for the club and how I was treated for five years.

“In spite of what I told you before, how I was a bit sad for the final two years as they didn’t come to sign a new contract, I don’t have one bad word for the club.”