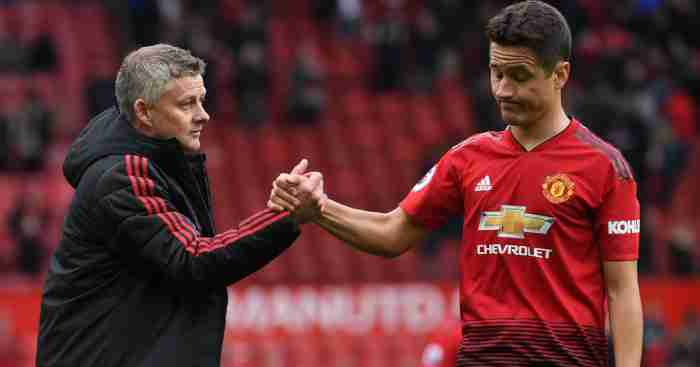 Manchester United midfielder Ander Herrera has confirmed his expected departure from the club.

The 29-year-old’s deal expires at the end of the season and he is believed to have committed to Paris Saint-Germain over another option.

There had been no official word until Saturday, though, when Herrera posted a goodbye message to United’s fans via the club’s official Twitter account.

“There is red in my heart, I knew it from the first time I played here and in the moment I started to wear it,” Herrera said.

“A club with thousands of fans who respect and remember all the players who give everything. I felt special when I heard my name chanted. I felt proud when the fans decided I was part of this incredible history.

“Every time I represented this club, in every game, in wins and losses, even when I couldn’t help from the grass, I understood what this club means.

“I am going to remember each of the almost 200 matches that I have played with this jersey. Because playing for the greatest club in England, has been a true honour. Thanks for these five amazing years.”

Herrera, twice capped by Spain, joined United from Athletic Bilbao in 2014 and has gone on to make 189 appearances for the club, winning the FA Cup, EFL Cup and Europa League along the way.

Press Association Sport understands Herrera was intending to stay at Old Trafford and sign a contract extension, only for a lack of communication to see the Spaniard formulate a plan to leave.