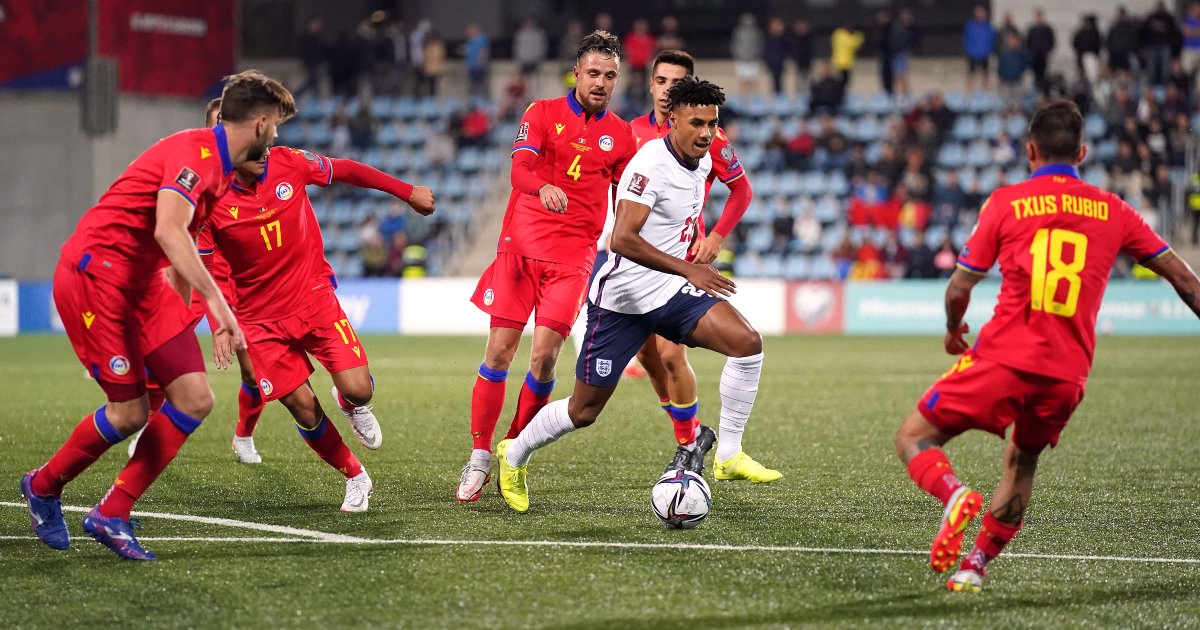 Saturday night, Andorra away. It was hardly a billing that deserved such a prestigious time slot.

In fact, it was unlikely to set the pulses racing whenever it was scheduled. And increasingly, it’s fixtures like this that are giving international football a bad name. For all the thrills and excitement a summer (or, ahem, winter) tournament can provide us every two years, those memories can feel an awfully long way away when we’re greeted with such one-sided fare on a regular basis.

International football has retained its purity as the club game continues to gorge on its own morals in a quest for instant gratification, but to properly profit on the opportunity to be held as a bastion of decency, national sides must ensure they’re fully capturing attentions when it’s their time to shine.

And in European qualifying, that means reducing the number of these ‘Saturday night, Andorra away’ matches where there’s little in the way of competition. Sure, there’s an element of hypocrisy in celebrating international football’s virtues on one hand and then championing the idea of reducing the exposure of the minnows to the top countries in another, but if it’s not grabbing fans or stretching the players schlepping across the continent, then is there really any benefit?

Supporters of the current system will point towards North Macedonia winning in Germany and France drawing at home to Bosnia Herzegovina as reasons to stick with the current plan. And nobody wants to lose the chance to see David bloody Goliath’s nose. But North Macedonia sit second in Group J with 12 points from seven matches and reached Euro 2020 – albeit through the back door left ajar by the Nations League – and aren’t the sort of side an overhauled qualification process would exclude if they maintained their form of recent years.

Realistically, it would be likes of San Marino, the tiny nation that has never won a match in qualification for either the Euros or World Cup since joining in 1990 and have lost their past 17 World Cup qualifiers in the past two campaigns – conceding an average of nearly five goals per game. It’s hard to say this format is helping their development. It’s not as if introducing a tier system for UEFA qualifiers will stop emerging nations from getting the chance to play the bigger nations either.

A first qualifying phase for the lower-ranked nations would simply separate the wheat from the chaff, yet a pathway would still exist for the better sides within that group to get their moments in the sun.

After all, this is how it works elsewhere. In Asia, the lowest-ranked sides face a play-off to reach the first of two group stages, whereas in African qualifying – a process veteran boss Carlos Queiroz once described as the toughest competition in the world – a smaller group stage is flanked by play-offs on either side. The CONCACAF countries also compete in groups and a play-off before USA, Mexico and Costa Rica pull on their boots. Something similar could work in Europe, with the whipping boys in England’s Group I, Andorra and perennial strugglers San Marino, having to get above their peers before they have a get a crack in the final qualifying round.

The argument is that playing sides like England or Germany regularly is a positive thing for the minnows to do. There’s some logic there, but it’s not one that translates to the club game. When Derby County were relegated with a record-low points tally in 2007/08, there weren’t many people extolling the benefits of being beaten every week. The reality is that it did the opposite and it took the club some time before recovering from the humiliation of the campaign. You might say they are still to recover.

There is the financial aspect to consider, of course. The draw of playing a big nation at home is likely to pull in a sizeable crowd, with bumper revenues providing more cash to invest in the national game. But the prospect of heavy defeats is unlikely to appeal greatly to coaches who could really make the most of this money to improve teams.

Take former Birmingham City striker Stern John, for example, who took over FIFA’s lowest-ranked side Anguilla last year. I spoke with him not long after his appointment and he told me the initial goal was to turn defeats by double figures into threes or fours instead. That sounds demoralising enough on its own for the wrong person, but then factor in that Anguilla are already competing in the first of a three-phase system in CONCACAF when it comes to World Cup qualifying. It doesn’t bear thinking about what would happen if they went straight into the main draw. Surely it makes sense for them to enter in an earlier phase of qualification, where they stand more chance of picking up positive results and building a basis to move forward.

It’s worked for Montserrat – another Caribbean side managed by a name familiar with British fans, former Scotland international Willie Donachie – who have started to creep up the world rankings after instilling a philosophy at the grassroots. While a World Cup may still be a long way off, they came within goal difference of reaching their first Gold Cup in 2019. These nations aren’t under any illusions that they’re going to qualify for a World Cup any time soon. For the coaches taking these jobs, they are focused on player development and instilling a philosophy, and that’s much easier to achieve by playing fewer games that are simply damage limitation. Of course, the chance to test themselves against the big guns is still a welcome part of that journey, but serves more purpose if they’ve earned that right.

If it works elsewhere, what are we trying to protect in Europe? It’s not clear who really misses out if Andorra away on a Saturday night doesn’t crop up on the fixture list quite so often.