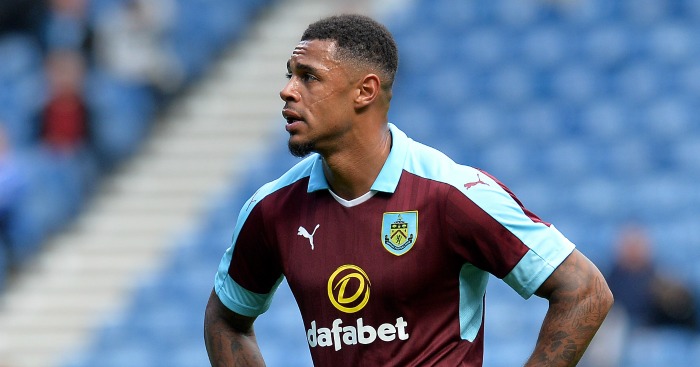 Burnley forward Andre Gray has been given a four-match ban for comments made on social media.

The 25-year-old had been charged by the Football Association for bringing the game into disrepute over homophobic posts he made on Twitter in 2012.

Following an Independent Regulatory Commission hearing on Thursday, Gray was also fined £25,000, warned as to his future conduct and ordered to attend an FA education course.

Gray’s ban is immediate, meaning he will miss Burnley’s Premier League game at home to Watford on Monday evening followed by fixtures with Arsenal, Southampton and Everton.

The tweets, which also contained offensive terms, were posted when Gray was playing for non-league Hinckley United.

They came to light on August 20, the day he scored his first top-flight goal as he helped Burnley – who he joined from Brentford in 2015 – to a 2-0 win over Liverpool at Turf Moor.

“Burnley forward Andre Gray has been suspended for four matches commencing with immediate effect for misconduct in respect of social media comments.

“It was alleged that six postings on his Twitter account were abusive and/or insulting and/or improper and/or brought the game into disrepute contrary to Rule E3(1).

“It was further alleged that these breaches of Rule E3(1) included a reference to sexual orientation and/or gender and/or colour and/or race contrary to Rule E3(2).

“The player admitted to three of the breaches, and denied the remaining three were in breach of FA Rules.

“Following an Independent Regulatory Commission hearing yesterday, the remaining three breaches were found proven. The player was also fined £25,000, warned as to his future conduct and ordered to attend an FA education course.”

Burnley have accepted the ban and said in a statement that Gray “regrets the posts” and apologises for them.

“Burnley Football Club and Gray accept the Independent Regulatory Commission’s decision, which relate to historical posts made before Andre joined the club in August, 2015.

“Gray himself regrets the posts and has pledged, in an apology, to continue to improve, both as a person and role model to others.

“We believe this charge, regarding historical social media posts, should now also serve as a warning to all professional footballers, and participants in the wider sporting field.”