Home All The News Arsenal target set to join Lyon for £6.8m 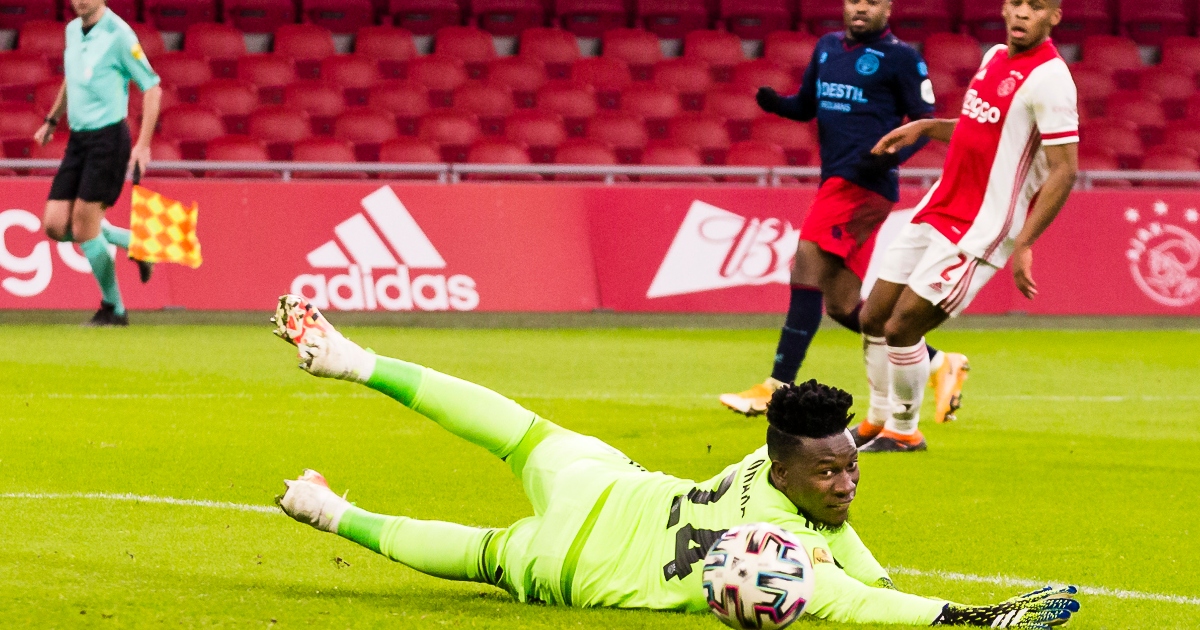 Arsenal target Andre Onana is set to join Lyon after agreeing to a £6.8m deal, according to reports.

Onana, 25, has worked with Lyon manager Peter Bosz at Ajax and the French outfit can offer European football next season after qualifying for the Europa League.

The news from L’Equipe will come as a major blow to Mikel Arteta, who had reportedly identified Onana as a top target as he sought to strengthen Arsenal’s goalkeeping ranks.

Bernd Leno, the current first-choice ‘keeper, has been linked with an exit, while Mat Ryan, recruited on loan in January, has joined Real Sociedad.

However, despite the uncertainty engulfing Arsenal’s goalkeeping situation, the Gunners were unable to offer Onana guarantees over game-time in north London, which is thought to have been one of the key factors in his decision to join Lyon.

Arsenal are now likely to turn their attention towards Aaron Ramsdale, the Sheffield United No 1.

Jamie O’Hara, the former Spurs midfielder, said of the links: “This literally sums Arsenal up doesn’t it. It sums them up business wise.

“They got rid of [Emiliano] Martinez, who’s a brilliant keeper for what, £20million or something? Let him go, a snip, was one of the best keepers last season.

David Seaman, meanwhile, would welcome the signing of Ramsdale – as long as Leno remains at the club as well.

“I’d be disappointed if Leno leaves,” he told talkSPORT. “I’m asking myself: ‘Why’s he going?’

“I was very disappointed when Martinez went as we need two quality goalkeepers at the club to test each other.