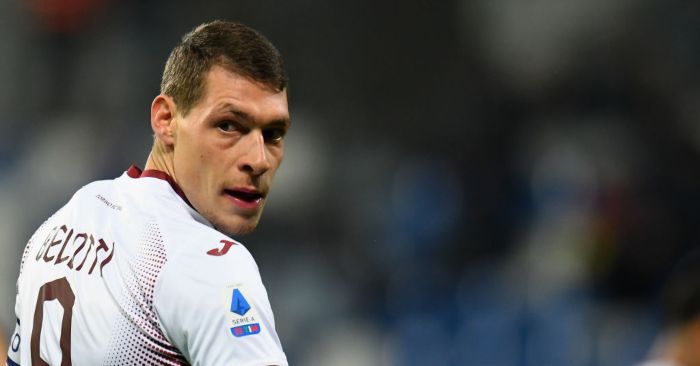 Tottenham and England are holding their collective breath over the fitness of Harry Kane, but for very different reasons.

Spurs know that their talisman’s absence, after a hamstring injury sustained at Southampton, render their already slim hopes of Champions League qualification yet more slender. For England, the possibility of Kane missing out on the European Championships this summer is very real. An estimated April return date does neither any favours, and both club and country are beginning to realise the extent of their reliance on him.

While England are sweating as a number of their potential alternatives suffer from injuries, poor form or, in the case of Leicester’s Jamie Vardy, international retirement, Spurs don’t really have many other options. Son Heung-min and Lucas Moura have both done adequate jobs up front in Kane’s absence, but Jose Mourinho is known to have a certain type of striker in mind. The Portuguese loves to play through a focal point who can hold the ball up, run off the shoulder and finish in the area: the whole package. That is what he had in both spells at Chelsea, in Didier Drogba and Diego Costa, and at Inter with Diego Milito. Working with Kane must have been a dream before he got injured as there aren’t many around better than him these days.

Of course, the lack of competition or cover for Kane has been a long-standing question asked of Spurs; they have ignored it for years, dating back to the peak of Mauricio Pochettino’s reign. Only now are they paying for that, but it does seem to have put them into gear when it comes to finding an alternative. Reports emerged this week that Real Sociedad striker Willian Jose is on their radar, and given comparisons to fellow Brazilian-born frontman Costa, it is easy to see why Mourinho is keen. The two clubs appear to disagree on his valuation, mind. La Real do not expect to hold out for his full buyout clause of €70million, but are said to want at least £11m more than is currently being offered for the 28-year-old.

Whether this deal gets over the line or not, there have to be doubts as to whether he is the right man to stand in for and later push Kane. Jose has a solid record in La Liga, reaching double figures in each of the last three seasons and currently sitting on eight in 20 games this term. But he isn’t likely to improve further, having reached the peak age for a top-level footballer. He’ll do a job for Tottenham and may not kick up much of a fuss when Kane returns. But if the club and Mourinho share a common goal of achieving the success so often promised under Pochettino, then there is an argument that they should bring in someone who can seriously unsettle Kane, and significantly reduce the panic generated by his absence.

There aren’t many out there right now, but one man formerly courted by elite clubs who appears to have slipped off the radar somewhat is Torino’s Andrea Belotti. Overall, his record in Serie A in recent years is not too dissimilar to that of Jose – except in 2016/17, when he fired 26 goals in just 35 games. But his game is much more well-rounded. Perhaps his apparent inability to replicate that form is what made the biggest clubs around at that time reconsider their initial interest, but this season his strike rate is returning to that level with an average of one in two during the 2019/20 campaign.

This may be an ideal time for Tottenham, or another Premier League club, to act. If not in January, then the summer.

Belotti, who only turned 26 last month, is an ideal Mourinho striker in that he can do it all; he is strong, quick and lethal when the chance comes. As a former winger he has positional intelligence, which would mean he could slot in up front alongside the dynamic attackers at Spurs. Given that Kane has struggled with a few niggling injuries over recent times, most notably with his ankle, the Italian would be a viable option that can pick up the baton when needed, and his price would be fairly reasonable, too. He won’t cost the €100m being quoted for him three years ago.

The entire approach to signing a striker at the top level has changed over the years, because of tactical evolution. Most clubs only play one up front, and players don’t want to move somewhere they expect to sit on the bench most weeks, especially at a place like Tottenham, who are built to feed Kane. Perhaps this injury could create an opportunity to finally get some competition up front. Willian Jose is certainly a good striker, but wouldn’t shift the status quo once the main man returned to fitness. Belotti, while an obvious risk, could take them to another level.

There must be a reason nobody has taken a chance on Belotti before, but he has all of the attributes to succeed in the Premier League and under Mourinho in particular. It is something of a myth that clubs can’t have two top players challenging for a place in the team; it works just fine for Manchester City with Sergio Agüero and Gabriel Jesus. Belotti isn’t quite on Kane’s level, but he certainly should be back on everyone’s radar.