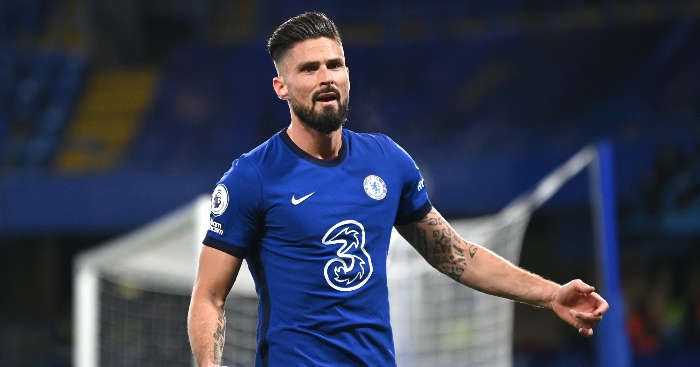 The Italian giants are one of several clubs thought to be chasing Giroud.

His slightly limited game time, despite plenty of good performances, has resulted in rumours of a Stamford Bridge exit.

Speaking briefly about the transfer talk, Pirlo seemed to confirm Juve’s pursuit of Giroud. He said: “He’d be handy!

“We already discussed with the club what we want to do and if there are any opportunities. We hope to do something over the next few days.”

The news means Juve could return later this month to launch an official bid for the Frenchman.

They were first linked with the striker back in September. It was thought that Giroud had signed a provisional contract agreement with officials in Turin.

The move never came to fruition and the striker has gone on to score nine goals for Chelsea this campaign.

His best performance came in the 4-0 beating of Spanish side Sevilla in the Champions League group stage.

He’s since scored Premier League goals against the likes of Wolves and Aston Villa. However, he was an unused substitute in yesterday’s poor defeat to Man City.

If Juventus truly want to bring Giroud to the Serie A, they will need to act fast.

His contract expires in June, meaning he is now free to talk to interested clubs across Europe.

They aren’t the only major European club to be linked with the striker.

Giroud could be the subject of a transfer race in the next few months unless Chelsea hand him a new deal.