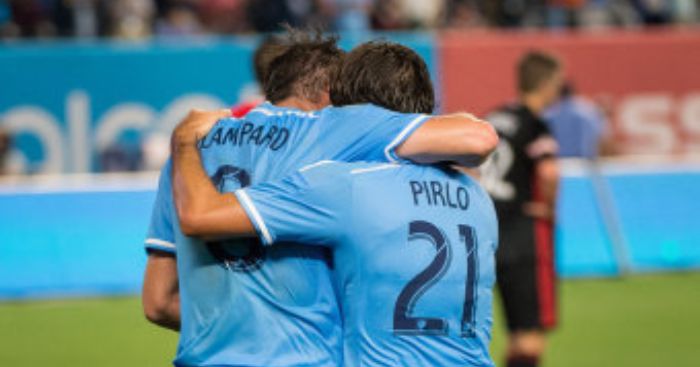 Those Andrea Pirlo Panenkas and raking diagonals will soon be forgotten if he is no good as a manager. This latest trend is fickle.

Everything changes all the time. The only predictable thing in life is the unpredictability of life. Those hoping for a post-Covid return to normality are in for disappointment. There is no normality. There is only Now. We define our Now as though it is some sort of normal to give ourselves peace of mind in the anarchy of existence, but reality isn’t static. Like sand on the beach, it shifts and moves twice a day.

It seemed for a while that there had been a switch away from former players being given big managerial jobs; that the Proper Football Man had been put back in his box by a new generation of the studious and smart. People who had either never played the game or had only done so at a low level were proving you didn’t need to be any good at playing football to be excel at coaching. From Arsene Wenger to Jose Mourinho, to Julian Nagelsmann and, well, Ian Cathro.

OK, at Hearts the Scottish Real Football Men of the Boydy variety turned their noses up at his laptop guru tendencies but hey, he’s been first-team coach at Wolves under Nuno for two years, so who’s laughing now? Even Jurgen Klopp came from being a relatively undistinguished defender at Mainz.

This all seemed like progress; a win for the clevers. Ex-players love to paint football as some sort of mysterious dark art only knowable to those who have spent a lot of time naked in a bath with lots of other men who know how to shorten or lengthen a surname for nickname purposes. But it really isn’t.

Anyone with intelligence, time and determination can learn more about football than any former professional can intuit from their playing career. Admittedly, knowing whether to add a ‘y’ or an ‘o’ or an ‘s’ to someone’s name might be less instinctive to the non-player but this shouldn’t be a barrier to success.

However, the wheel is in spin again and that trend now seems to have been replaced once more by the big ex-player taking managerial posts. Andrea Pirlo was appointed Juventus manager this week, with zero managerial experience outside of ten days with the U-23 side. With Frank Lampard at Chelsea, Mikel Arteta at Arsenal, Steven Gerrard at Rangers, Ole Gunnar Solskjær at Manchester United, Zinedine Zidane at Real Madrid and even Pep Guardiola at Manchester City, are we seeing a long-term trend of the big ex-international footballer returning to the managerial workforce?

It’s been suggested, usually by unimaginative ex-players, that footballers will automatically respect a former international or club legend more than someone clever who they’ve never heard of. This may even be true, at least initially, especially at clubs with a narrow conservative culture.

“They’ve been there and done it,” is the usual claim to back up why appointing A Big Name is a good idea, as though this means anything when it comes to organising a team. “They know the club” is another wilted cliche applied to the likes of Lampard, as though being able to locate the toilets will help when Bayern Munich are tearing you a new hole.

But we live in a celebrity culture – or so we’re told – where being famous for being famous is actually a career. I once heard someone on a 5 Live programme who, when asked what she’d like to be famous for, replied: “My eyebrows.” So if you’re already famous for playing football, maybe you do get some respect from younger players merely for being a known figure. That isn’t at all impossible. To an extent it is understandable.

Of course, in marketing terms it helps if the club has A Big Name as its manager and that may be why some appointments are made in the first place. Indeed, I do wonder if that is often behind such choices. There is undoubtedly a political element to them which allows the club to get over a difficult hump by pulling A Big Name out of the hat. But it’s not a trick that you can use very often, nor one you can hide behind for long.

However, the privilege of the otherwise unqualified ex-player jumping straight into a sizeable post, while it may be coming back into fashion again, is surely only as wise as the results prove to be.

You might get more leeway as a famous footballer, but only a little bit. I can guarantee that if Lampard loses the first five games of the new season he’ll be sacked and it will be applauded by supporters. The same will go for Pirlo. A simply sublime player, if he’s no good in the dugout, all those Panenka penalties and raking diagonals will not save him for much longer than if Cathro was in charge.

So many great players go into management and very few go on to be Johan Cruyff. Indeed, the quickest way to lose the goodwill and reputation you built up during your playing career is to be an unsuccessful manager.

Fashions come and go like the tides but when it comes to being a manager, the only thing that really counts is being any good. That and the nickname thing.