Home Mediawatch Andreas Christensen is an ‘amateur’ who should ‘steel himself’? Stan Collymore should know better 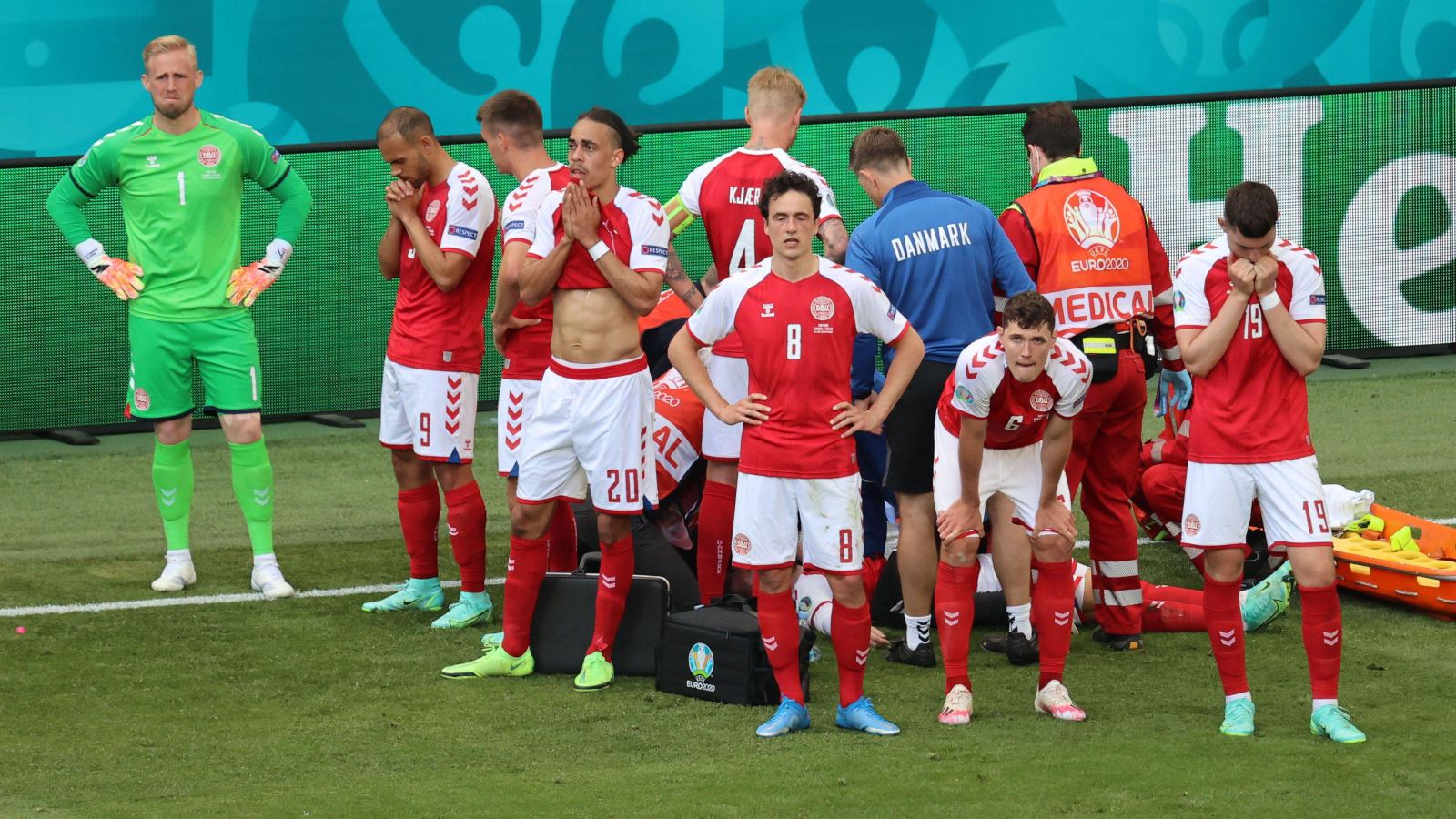 Stan Collymore had a very public battle with mental health, so basically telling Andreas Christensen he should have played the FA Cup final is ludicrous.

You can’t handle it?
Deep breath before this one but for somebody who has suffered from mental health problems for decades to use a national newspaper column to deride a man he does not know for choosing not to play a certain football game is deplorable.

Stan Collymore declares that ‘to his knowledge’, Chelsea defender Andreas Christensen ‘has never spoken about any mental issues and his old boss Mauricio Sarri has talked about him sometimes getting stomach cramps on the day of a game. So we have to take it that he simply couldn’t handle the weekend and, I’m sorry, but that’s part and parcel of being a professional footballer’.

You’re sorry? We’re sorry that you are acting like a Neanderthal and claiming that every footballer should be available for every football match regardless of whether they feel sick, are having a panic attack or any other symptom of anxiety and nerves.

This is what Sarri said back in January 2019: “You know very well that Christensen on matchdays always has stomach ache. I don’t know the reason but he is always very nervous. I don’t know what to say.”

And yet here we are over three years later with Collymore writing in his Daily Mirror column that footballers just need to ‘handle’ situations and ‘there is a clear line between behaving professionally or like an amateur’.

So what we do know about Christensen is that he has regularly suffered from stomach cramps before big games. What we also know is that he was on the pitch less than 12 months ago when his friend and teammate died in front of him.

It’s clearly not ideal that he pulled out of the FA Cup final at short notice but Collymore’s idea that he should just ‘steel himself’ is ludicrous. It’s particularly ludicrous coming from Collymore.

‘I worry that soon we will be in a situation where players will pick and choose their games.

‘But you can’t have situations where you’re bailing on FA Cup Final day or another big day.’

Well we can. Because footballers are people and sometimes people find things too much to cope with, regardless of what they get paid. Odd that money does not suddenly mean you can simply ‘steel yourself’.

Collymore really should know that. He has spoken at length about having mental health issues going back to his time at Liverpool and then Aston Villa. This is the story he told in January 2020:

‘The joy of joining Villa, the club I support, gave me a lift initially but the issues returned a year and a half later and I spoke to Jim Walker, the physio there.

‘He recognised immediately that I had a mental-health issue and put me in touch with those who pointed me to The Priory.

‘Going there meant missing an FA Cup fourth-round tie against Fulham and I remember watching the furore that caused on Sky, which only made matters worse.

‘I’d been named as a substitute but didn’t go to the game and the manager John Gregory laid into me in the press.

‘My agent, Paul Stretford, released a statement explaining I was ill and I got battered by one newspaper in particular. It said: Kick this fool out of your club, how dare he have a ­clinical illness.”

And now here we are in 2022 and Collymore is saying a player is an ‘amateur’ and he should ‘steel himself’ to play in big games because that’s ‘part and parcel’ of being a footballer.

Could Collymore not ‘handle’ playing against Fulham? Was he being ‘amateurish’?

Now Mediawatch does not know for certain whether Christensen suffers from mental health problems – though history suggests that he has ‘nerves’ at the very least – but, and this seems important, neither does Collymore.

When he wrote two years ago that the mental health ‘conversation still needs to be louder, though, to help those who are suffering’, we did not realise he meant this kind of conversation.

As a once-great footballer once wrote:

‘Football needs to realise that brain injuries have to be taken as seriously as, if not more seriously than, muscle strains or broken bones.’

Or, alternatively, just f***ing man up; you’re getting paid enough.

A child among men
‘Who is Jake Daniels?’ is one of those SEO ‘explainer’ pieces that some websites absolutely love to peddle. But we cannot help thinking that The Sun have utterly failed to plug some pretty sizeable gaps in their knowledge here…

‘Daniels began his football career at the age of seven when he joined Blackpool.

‘He started out in their under-18s before signing his first professional contract with them in February.’

Never mind being brave for coming out; that’s nothing compared to playing with the under-18s at the age of seven.

All Rhodes lead to nonsense
This is the headline on the Mirror website:

And if the fourth-highest all-time Championship goalscorer is a ‘flop’, then what does that make, well, every other f***er?