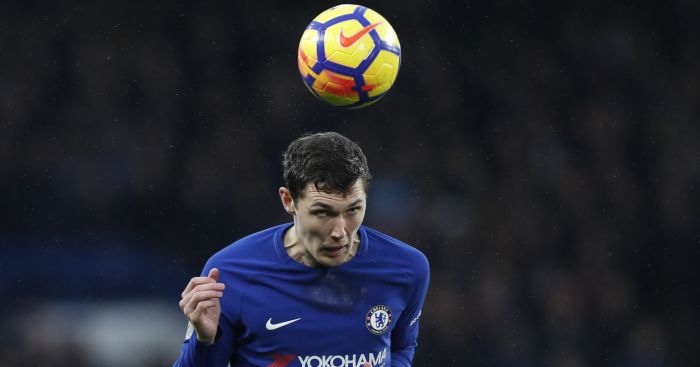 The 21-year-old Denmark international has been rewarded with a new four-and-a-half-year deal after breaking into Antonio Conte’s first team at Stamford Bridge this season.

Christensen has so far made 22 appearances for Chelsea this season, and could be involved again in Wednesday night’s Carabao Cup semi-final first-leg clash with Arsenal at Stamford Bridge.

“It feels really good to sign a new contract and I’m just happy to be committed to Chelsea for the future,” Christensen said on the club’s official website.

“I have played a lot of games, I am enjoying it at the club and everything is working well.”

Christensen returned to Stamford Bridge from two seasons on loan at German club Borussia Monchengladbach, where he played in the Champions League against opponents that included Manchester City and Barcelona.

The Dane, who arrived in England from Brondby, was part of Chelsea’s successful FA Youth Cup and Under-21 Premier League squad in 2014.

Chelsea director Marina Granovskaia feels Christensen can go on to become an important player for the Blues.

“This contract is reward for the excellent form Andreas has shown in the first half of the season,” Granovskaia said.

“He showed immense potential when he signed for Chelsea in 2012 and is now enjoying the benefits of the dedication and professionalism he has shown since.

“After two seasons on loan in Germany we were convinced he was ready to be a part of the squad this season and he has grasped the opportunity with both hands.

“We are delighted he has chosen to commit his future to Chelsea.”