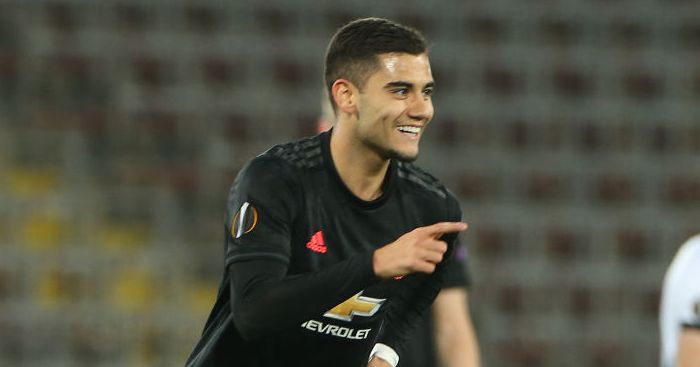 Man United are hoping to fund their planned summer signings by selling a number of fringe first-team players.

Pereira is chief among them after becoming surplus to requirements at Old Trafford.

The Brazilian has started 18 of 29 Premier League games so far this season but just one of the last five since Bruno Fernandes joined from Sporting Lisbon.

Santos president Jose Carlos Peres has offered the club hope of generating some transfer revenue for a player with three years left on his contract.

“I have Andreas Pereira on WhatsApp and I have been talking to him,” he told Gazeta Esportiva.

“He wins a lot at Manchester United. He will certainly wear the club shirt one day.”

“I will do everything I can to keep him at Roma next year too,” he said. “I know he wants to stay, let’s see what happens.

“He’s an amazing man, so humble, so professional. He is adored by the fans and established himself as one of the leaders in the dressing room.

“It’s not easy for English central defenders to adapt so quickly to Italian football, the record there isn’t good. But he has been amazing.”

Other players Man United will make available include Marcos Rojo and Jesse Lingard, although the likelihood of them raising enough money to sign top targets Jadon Sancho and Jack Grealish remain slim.

Ole Gunnar Solskjaer has a budget to work with but Ed Woodward has already rather sensibly sought to manage transfer window expectations.