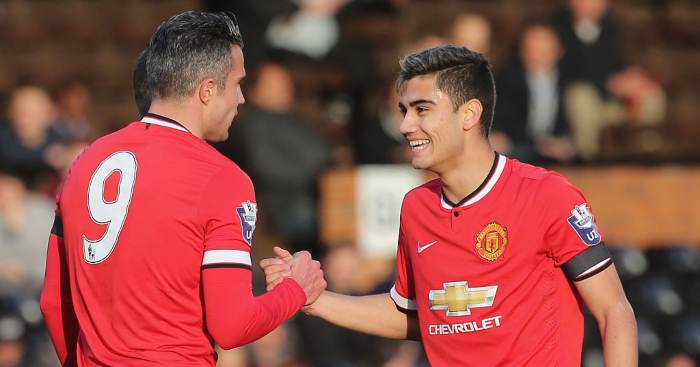 The Belgium-born midfielder joined Manchester United’s youth ranks in 2011 before graduating to the first team in 2014, where he has played with the likes of Van Persie – who swapped Arsenal for Old Trafford in 2012.

When asked which signing during his time at Man Utd has made the best first impression, Pereira told Brazilian channel Esporte Interativo (via Sport Witness): “In training, as soon as I arrived, Van Persie was very different. In finishing, I don’t think I saw anyone better than him. It was incredible.”

On his current Brazil and Man Utd team-mate Fred, Pereira added: “In training and at the club, players know that the player is good. You notice when the guy arrives, who’s the ace, who’s the player who maybe can’t take the level. Fred never had this problem with us. He’s a very good player. Very good.

“So when he arrived and it wasn’t working out, things are normal. In the first year he arrived he had to adapt to England, his family. These are normal things that maybe for fans who want to see this on the pitch, they don’t understand.

“But with time now he relaxed, he’s calm, the family is living well, he’s training better every day. This year he was better at each game. And he’s feeling good in the team, and now he can show his football. I already knew he was good, it was just for everyone outside to see the real Fred.”