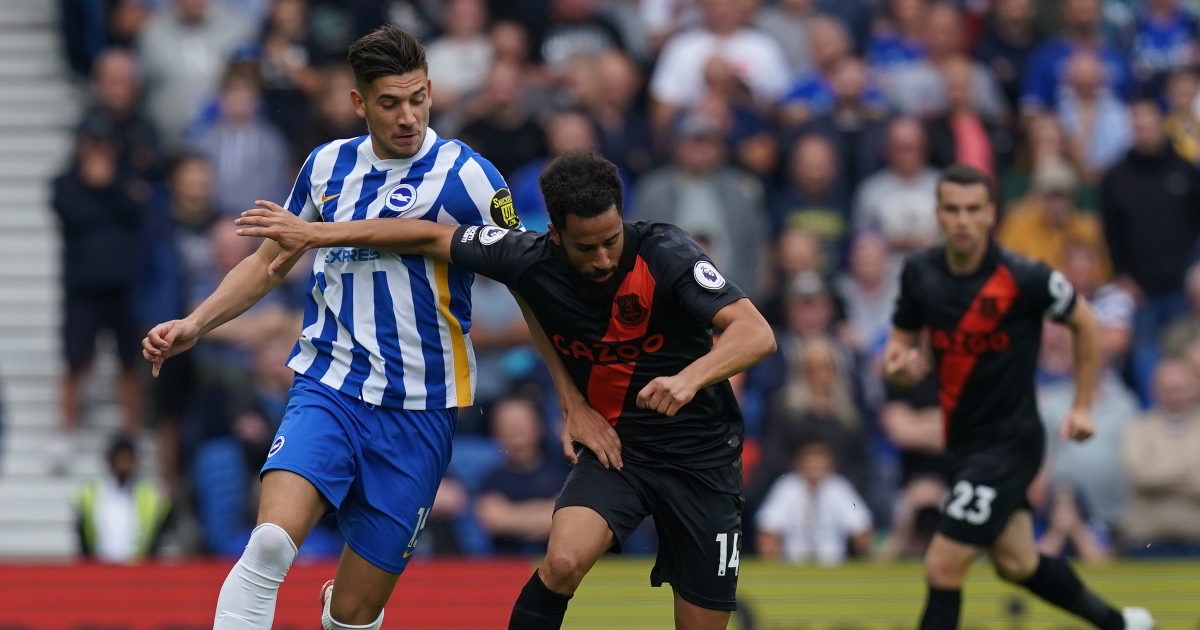 Andros Townsend says he is ‘loving every minute’ of his Everton journey after securing a summer switch to Goodison Park.

The winger was available on a free transfer as his contract at Crystal Palace expired on July 1.

Rafa Benitez moved quickly to bring the 30-year-old to Merseyside. The pair worked together during Townsend’s spell at Newcastle United in 2016.

Some fans and pundits were surprised by Townsend’s move to Everton, seeing it as a step too far for the Englishman.

But the player wants to keep proving his doubters wrong, while also continuing his work on talkSPORT.

Townsend told the Mirror: “Rightly or wrongly, the misconception when you’re a footballer, when you try to do something outside of football, is that you’re taking your eye off the game.

“One of my first conversations with the manager was that, ‘The people at the club tell me you’re not focused any more, you’re not dedicated any more because of your media work’.

“But he said he watched me in my last game of the season for Crystal Palace against Liverpool and we were 2-0 down, and he saw me chasing around like it was a cup final.

“He said he knew then the fire was still there, so he has no problem in that sense.

“I didn’t need rejuvenating, I feel like an 18, 19-year-old breaking through with a lot of people questioning whether I’m good enough to play for this club.

“It ignites that fire within you, the competitive nature, the desire to work hard and prove people wrong, so I’m loving every minute of playing for Everton.”

Financial restrictions meant Benitez had to rely on cheap transfers to bolster his squad. Asmir Begovic and Salomon Rondon arrived for free, in similar deals to Townsend’s.

The Toffees did spend £1.6m to land winger Demarai Gray from Bayern Leverkusen. The former Leicester man seems to be enjoying life back in England, too.

He opened his account for the season with a goal in the 2-2 draw against Leeds United. Gray also got on the scoresheet in the 2-0 away win against Brighton on August 28.