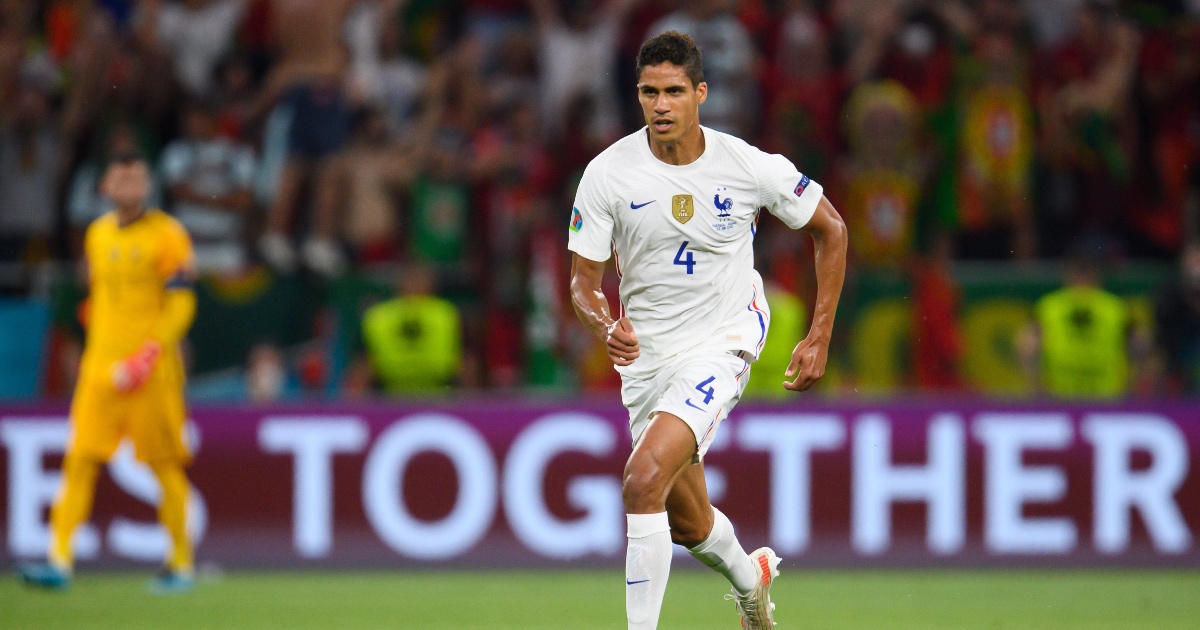 Andros Townsend believes Raphael Varane would take Manchester United to the next level, should he join from Real Madrid this summer.

The centre-back has reportedly set a deadline of two weeks for his Old Trafford move to be completed.

He is keen for a new challenge after spending 11 years in Spain with Los Blancos.

Numerous transfer fees have been suggested in recent weeks. £50million is the most likely figure as it stands.

Speaking about the potential signing, Townsend told talkSPORT: “If you look at Manchester United’s team, they are very top-heavy.

“They have a lot of forward options and Jadon Sancho will give them another option but Varane, if he does come in, will solidify the back four.

“He will give them extra strength, extra pace and somebody of his calibre is more suited to the Premier League.

“He’s big, he’s strong, he is quick and I definitely think Varane takes them closer to where they want to be.”

The France international would partner Harry Maguire at the back next term, helping United to rival Manchester City for the Premier League title.

Should a deal fail, then Villarreal’s Pau Torres is a good alternative. He will decide on his future once Euro 2020 has concluded.

The Red Devils have already agreed an €85m deal with Borussia Dortmund for Jadon Sancho.

The skilful Englishman, linked with United for over a year, will fill their right wing position.

Despite having Edinson Cavani in their ranks, United are also pursuing a new striker this summer.

Harry Kane could be signed from Spurs as he eyes major finals and trophies.

Pundit Gary Lineker has already backed one of the Manchester clubs to win the race for Kane.

Speaking in June, Lineker said: “I would love to see him at Barcelona but they are going for [Sergio] Aguero and are short on cash at the moment. I think it is between City, United and maybe PSG.

“They have [Mauricio] Pochettino and he would win things, guaranteed. I think it is more likely that one of the Manchester clubs can afford him outside of Chelsea. I don’t think he would go to Chelsea and do that to the Tottenham fans, but who knows.

“I don’t think even the Tottenham fans would begrudge him moving now. He has given the club everything for a long time.”