Home All The News Townsend: Bale must wish he still had Tottenham freedom 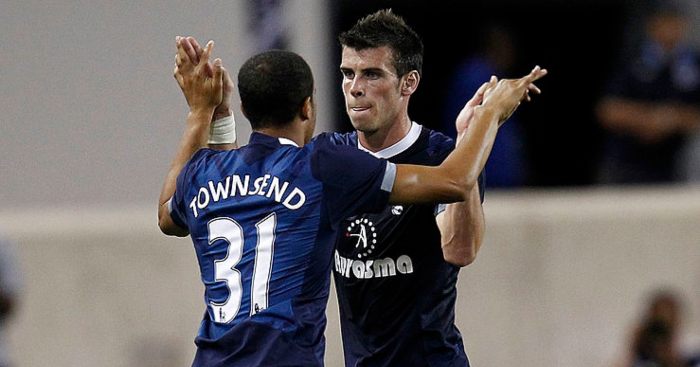 Crystal Palace winger Andros Townsend thinks Gareth Bale would jump at the chance to have “the freedom to do whatever” he wants back at Tottenham.

Los Blancos bowed out of the Champions League on Friday night after their 2-1 defeat ensured they were sunk 4-2 on aggregate.

Chances created in the final third were few and far between despite chasing the game, and one superstar forward notable by his absence was Bale.

The 31-year-old has become a peripheral figure at The Bernabeu, with a recent report claiming the Welshman is angling for a return to the Premier League.

And Townsend thinks Bale would choose to return to Spurs if he had a choice of where to go this summer.

“I think if anything the Bale situation, he’d want to go back to Spurs,” former Tottenham winger Townsend told talkSPORT. “The memories of Spurs. His happiness.

“He was the main man. He was loved. He was at the top of his game. So, if anything I think it would work the other way.

“He would be like, ‘I wish I was at Spurs now and had the freedom to do whatever I want, to express myself and not worry about where I am now… where I get scrutinised for playing golf.'”