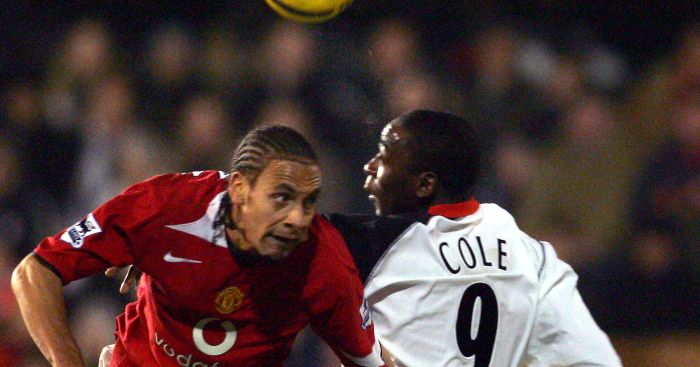 Andy Cole isn’t as excited as Rio Ferdinand over the possibility of seeing Aston Villa captain Jack Grealish in a Man Utd shirt next season.

The Englishman played a pivotal role as the Villans secured their top-flight status in 2019/20. It looked for much of the season that they would go down. But they clawed themselves to safety via an impressive end to the season.

Grealish’s game has moved to the next level this campaign, though. The attacker has six goals and seven assists from just 16 outings so far this season.

And Man Utd have again been linked with a possible move for the 25-year-old after speculation last summer that the Red Devils and rivals Man City would move for the England international.

Speaking earlier this week, Ferdinand told his FIVE YouTube channel: “I don’t care if Pogba goes or not, Grealish is my man!

“I’ve known this guy since he was in his early teens. He came to my restaurant in Manchester actually to watch a game and I got him some tickets. Great kid, great family. Loves his football. What you don’t see is the hard work behind closed doors, the attention to detail, the way he trains and changed his regime.

“He’s looked at himself and what can I do better? I’ve heard from a lot of people that’s he’s diligent with everything he does off the pitch to where he’s now. We’re seeing results week in, week out now.

“The numbers tell you he’s starting to think about things. I think he’s looked at himself in the summer and thought, I did well last season, I’ve signed a new deal at the club I love, and now I’m going to go again. There’s been a huge improvement in the numbers.

“Good players will find a way, they will work it out. Can you imagine if you had McTominay holding and Pogba alongside Grealish and Fernandes. Imagine that man! I’m licking my lips right now.

“Listen, he’s an Aston Villa player. If I’m a manager of a top, top team in England, I don’t allow him to stay there anymore, I take him!”

And, although Cole is a fan of the player, he disagrees with Ferdinand that he would be a good fit at Man Utd.

“I think Grealish is a super player,” Cole told talkSPORT. ‘I’m not going to sit here and say anything different.

“But I’m looking at Manchester United’s midfield at the moment, where would you play him? You look at Bruno [Fernandes], the performances he’s putting in; that’s the position [Grealish] likes to play in.

“If you put him off the left, [Marcus] Rashford plays there… so where would you play him again? But I’m a mere mortal when it comes to things like this. I’m like everybody else from the outside looking in.”