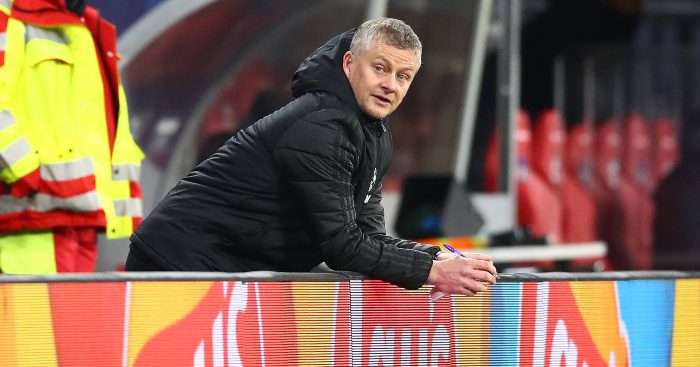 The Red Devils have opened up a three-point gap at the top of the Premier League table after they overcame Burnley 1-0 on Tuesday night, thanks to a deflected volley from Paul Pogba.

Man Utd will now face second-placed Liverpool on Sunday as they look to extend their lead at the top but Cole can’t see them coming out on top come the end of the season.

MAILBOX: Man Utd aren’t going to win the title, they will be given it…

Speaking to talkSPORT, Cole said: “Can Manchester United go onto win the league this season? Probably not.

“I think for Manchester United to be top on January 12, like Ole said, is a fantastic achievement considering where they were at a couple of months ago…

“Everyone was saying Ole shouldn’t be Manchester United manager and I think it speaks volumes how he’s turned it around… and how they’ve got confidence to be where they’re at now.

“If you look at the league and teams like Manchester City, who have not played particularly well until about 2-3 weeks ago… they have two games in hand and can go a point behind Manchester United [if they win both].

“And to close the gap in one season, that’s no mean feat, that’s going to take some consistency and those sides are yet to play very well.

“But to win it this season is going to take some doing.

“I don’t think we’ve got enough to go ahead and win it this season, but I feel we can look towards next season when I think it could be a lot better.”