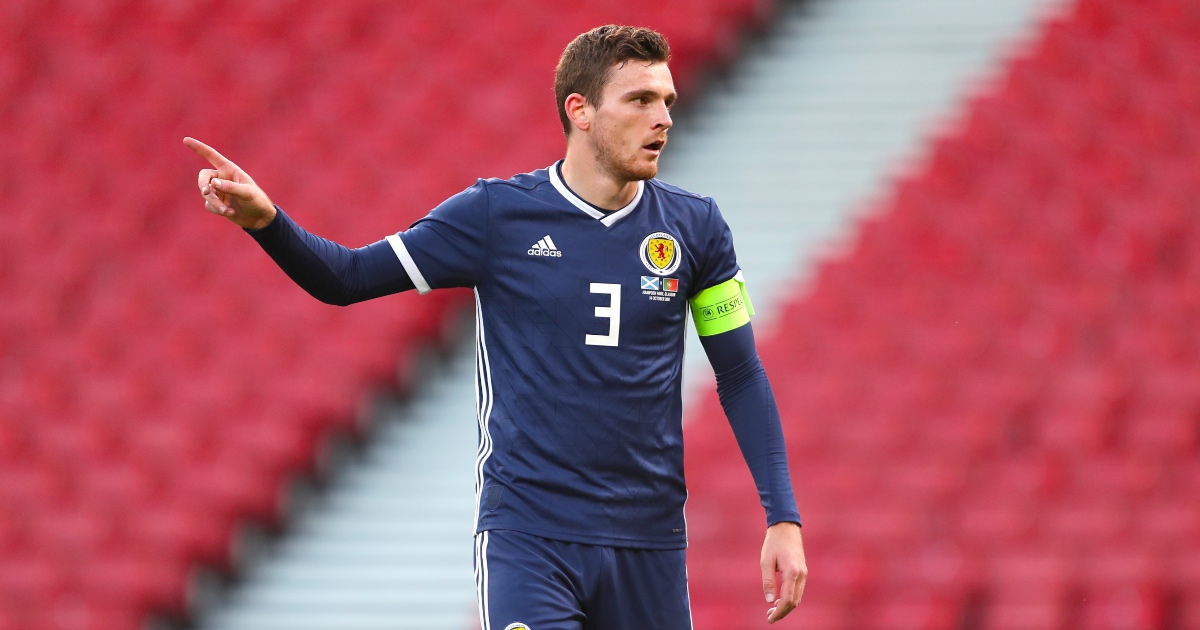 Andy Robertson has warned England that Friday’s Euro 2020 clash is a chance for Scotland to show doubters what they can do on the pitch.

Sky Sports have reported the Liverpool star believes that Scotland aren’t given as much respect as they would like, but they’re being respected more than they used to be.

Scotland face England at Wembley on Friday night as they try and register their first points in Group D after losing 2-0 to Czech Republic on Monday.

Five questions for England and Southgate

The Scotland captain said: “I think we’re probably respected more now because we’ve qualified for a tournament but we’re still not as respected as much as we would all like,

“A chance to play against England is a chance to show people that doubt Scottish football what we can do. We gave them a tough game in 2017 and we’ll need the same performance levels as that night.”

Scotland and England played out a dramatic 2-2 draw in 2017 after three goals were scored in the final six minutes of the match.

The rivalry is still very strong between the two nations and Robertson recalls the atmosphere back in 2017 as best he’s ever played in for Scotland.

He said: “That England game was definitely the best atmosphere I’ve played in in terms of a Scotland game,

“I’ve never heard noise like that at Hampden when Griffiths put in those free-kicks and I’ve probably also never heard a stadium go quietly so quickly when Harry Kane equalised.

“They showed they have the quality that day and that they can go to the end but I think we’ve adapted since that day.

“A lot has changed since then, and has changed in the England squad too. It’ll be a tough game, they’re one of the favourites to win the tournament and to beat us but if we can get our game plan right I do believe we can get a result.”

England won their first group stage game 1-0 against Croatia and will take that momentum into battle against the Scots as the Three Lions hope to guarantee qualification for the last 16 with a win.