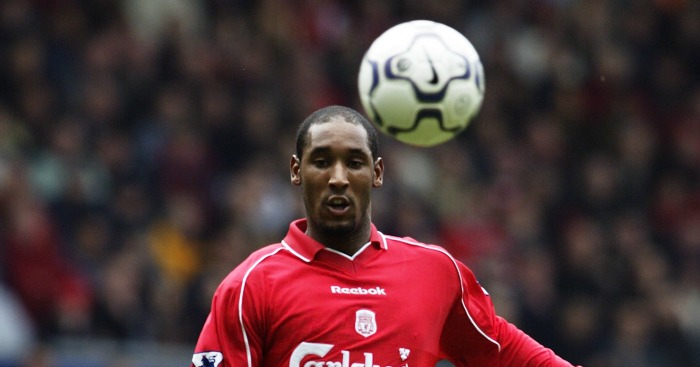 icolas Anelka scored goals freely for Arsenal, Liverpool, Manchester City, Bolton Wanderers and Chelsea in England, but he was never as appreciated as perhaps he should have been.

Why, well, everybody loves a smiling footballer.

Despite the constant reminders to avoid it, we treat our footballers as if they are identical to us. How couldn’t you be happy to the point of delirium at getting paid for kicking a ball around, when we would kill to do what you do?

The smile is flimsy proof that they understand how much it all means.

The opposite is also true. It is not that we immediately dislike a non-smiling footballer, but we mistrust their nonchalance to a career that would have us giggling as we rose out of bed each morning.

The wider public’s inability to remember that, to some footballers, playing the sport is a career rather than life ambition, continues to hamper those who have the temerity to remain professional but not passionate.

Twenty years ago this week, Arsenal signed a 17-year-old striker from Paris Saint-Germain.

Nicolas Anelka would light up the Premier League at an astonishingly young age, winning the PFA Young Player of the Year and the Premier League title, scoring in an FA Cup final victory at Wembley, scoring a Premier League hat-trick, and leaving for Real Madrid for a record fee of £22.3million. All within three months of turning 20.

ON THIS DAY: In 1997, Arsene Wenger signed Nicolas Anelka for £500k from PSG; his first signing for the club. pic.twitter.com/zDZVwXcJSG

He won the European Cup and European Championship and moved for more than £10million five times in his career and more than £20million twice.

Most impressive of all was Anelka’s longevity at the highest level. He was named in the Premier League team of the season twice, a decade apart. He scored 17 Premier League goals in 1998-99 and then won the Golden Boot in 2008-09.

When he joined Chelsea weeks before turning 29, everyone assumed Anelka was a short-term mistake having already played for Bolton and Fenerbahce. He would go on to play 184 times for Chelsea.

Yet the lasting image of Anelka is not of his goals, nor his titles, but his frown. He was nicknamed Le Sulk as early as 1999 for a perceived lack of enthusiasm, labelled as moody, unfriendly, disruptive and subdued. It was a reputation he would never shake.

Anelka’s nickname came partly from his unhappiness during his last season at Arsenal. He says he felt under-appreciated by a set of supporters who he suspected were displeased at him replacing Ian Wright in the team, and was abused when he agreed a move to Madrid.

Anelka was also upset by the negative publicity that followed every poor performance in England. He was, as he tried to point out, still young.

“And yet one year later Petit and Overmars went to Barcelona and nothing like that happened to them. And remember, Arsenal bought me for £500,000 and sold me for £23million.”

Anelka’s point are valid ones, although there is no doubt that his reputation was damaged by the poor career advice regularly offered by the two brothers who acted as his agents. As with Dimitri Seluk and Yaya Toure, the words of an associate can easily ebb away at a player’s goodwill. Negative reputations are far harder to shift than establish.

There are certainly those who refute the suggestion that Anelka was moody. In the testosterone-charged arena of the football dressing room, difference is often viewed as a weakness.

Former team-mates of Anelka describe him as quiet and reserved, shy and even a loner but rarely disruptive and certainly not disrespectful. Nobody who prefers to keep his own counsel deserves to have it count against them.

If Anelka was not liked by all, he was appreciated by many. Jamie Carragher and Steven Gerrard both regret Anelka’s departure from Liverpool as a mark of their club stepping in the wrong direction, while at Chelsea Ray Wilkins described Anelka as “a joy to work with”.

Certainly Anelka was not afraid to speak his mind – he once called France national team coach Raymond Domenech a “dirty son of a whore” – but his rap sheet barely justifies the character assassination.

What is true is that Anelka’s career waned after leaving England for the first time. He played for multiple elite clubs during his career – Real Madrid, Paris Saint-Germain, Juventus, Liverpool, Manchester City – but too often existed on the periphery.

He became a footballing nomad through necessity rather than desire, and scoring for six different Premier league clubs is a record tinged with negative connotations. The four years spent at Chelsea were a result of a striker finding a natural home after seeking, and long failing to find, solace.

This nomadic lifestyle was as a result of his reputation for moodiness, not a cause. Wherever Anelka went, his perceived personality went before him.

Playing catch-up from day one is an unappetising pursuit. Anelka has regularly spoke of his unhappiness at being shunted around European football, and his contentment at Stamford Bridge.

Perhaps part of Anelka’s damaged reputation focuses on what he might have been in comparison with what he was. The accusation is that, after shining so brightly at Arsenal, the rest of his career was a futile attempt to recapture that early morning sunshine.

If that is the case, Anelka can point at a medal collection of which any player would be proud and a career total of 210 goals.

Yet Anelka’s biggest task was never scoring goals nor winning trophies, but making friends along the way. He would, and will, forever be burdened by the nickname given to him at the age of just 20.

That may well be true, but perceptions stick like an unpleasant odour in a small room. It’s easy to wonder what difference a few smiles might have made.