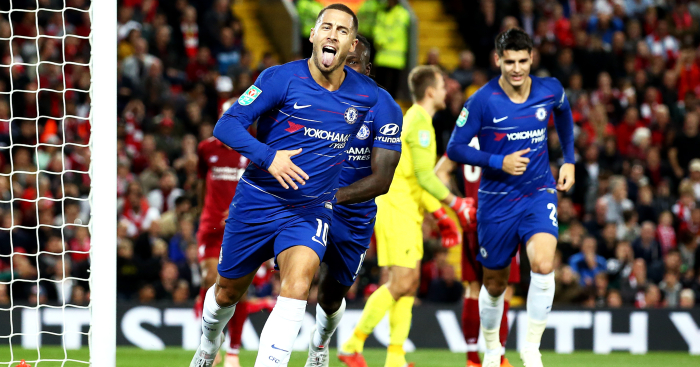 Eden Hazard was described by Chelsea assistant boss Gianfranco Zola as one of the world’s best players and “getting better and better” after the forward’s stunning late goal sealed a 2-1 Carabao Cup win at Liverpool.

Hazard sent an emphatic strike past Simon Mignolet at the end of a wonderful run in the 85th minute of the third-round tie as Chelsea came from behind and halted the Reds’ winning start to the season – all the while making us wonder if we’d been a little too hasty.

When it was put to Zola afterwards that Sky Sports pundit and former Liverpool defender Jamie Carragher had said Hazard was the Premier League’s best player, the Italian said he felt the assessment was correct.

“He is getting better and better. He is doing the right things at the right moment and in a wonderful way.”