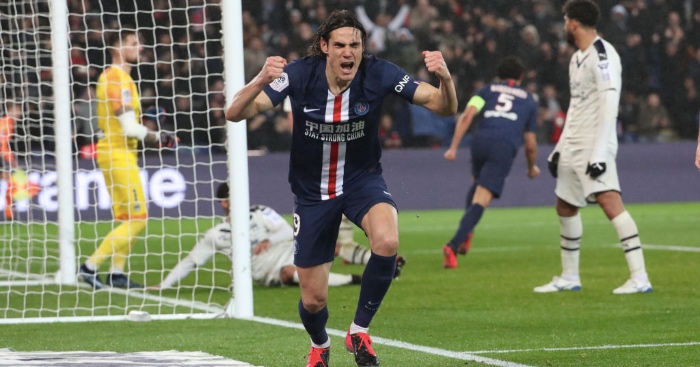 New Man Utd signing Edinson Cavani has revealed how two former players helped him to decide on a move to Old Trafford.

Cavani joined the Red Devils on transfer deadline day after plenty of rumours throughout the summer.

The Uruguayan international has now said that former PSG teammates Angel Di Maria and Ander Herrera helped him to decide where he should go next.

He said: “I spoke with Ander a lot, as well as other team-mates, like Angel Di Maria. It was genuinely getting to the last minute and I called Ander to have a chat.

“I have a lot of admiration for Ander, for the kind of person he is and I had the feeling that his words were going to help me out, by telling me a bit about what it was like at United.

“And so, yes, it’s true that after I’d finished talking with Ander, we came to an agreement here with the club.”

Cavani has joined on a one-year deal and is expected to play an important part in their season. He will provide Anthony Martial with competition up front.

He has taken on the famed number seven shirt at Old Trafford and is apparently ready to face the huge responsibility that it brings.

Since Cristiano Ronaldo’s departure in 2009, no one has managed to succeed while wearing the shirt. The likes of Michael Owen, Alexis Sanchez and Di Maria himself have all tried but failed.

Recently, former United defender Rio Ferdinand revealed his role in the Cavani deal. He said: “I highlighted Cavani as a player to buy during the last transfer window because we’ve got three supremely talented young strikers who need help.

“They’re going to need assistance. Martial is a prime example because he’s going to be suspended now (after his red card against Tottenham) and we need someone to step in.”