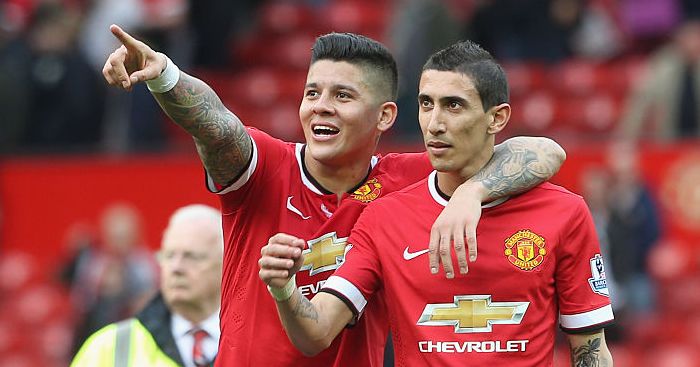 Angel di Maria might have struggled at Man United because his wife *really* didn’t like the area.

But the winger left for PSG after less than a year, with Man United clawing back just £44.3m of their initial outlay.

Di Maria scored four goals in 32 games but could not settle in England. His Cheshire home was targeted in an attempted burglary in February 2015 and he developed a reputation as ‘a complete fanny’.

He can no longer even watch Man United on television, and has found relative success once more in the French capital.

“I remember Angel coming up and saying ‘an offer from Man United has come in. Maybe we’ll be a little more financially secure…’,” she said, as kindly translated by AS.

“There was a lot of money involved, and afterwards, the Spanish were calling us money grabbers. And they were right! If you are working for a company and the competition comes along and offers to pay you double, you take it!

“I didn’t want to go to Manchester because at that moment in time, I was friends with Gianinna Maradona, who was married to Aguero, and we flew from Madrid to his house in Manchester to pay him a visit for two or three days when Angel had a few days off at Real Madrid.

“It was horrible! All of it was horrible. It was a sh*thole. We went to the house and we were like ‘see you later guys, we’re out of here’. When we left, I said to him, ‘go to any country – except England’.

“Anyway, one year later and there we were in England and it was horrible. I didn’t like anything about it, not a thing.

“The women are all pasty and white, skinny, prim and proper… weird. They are all dolled up to the nines, perfectly made up and there’s me with my hair in a bun and with no make-up on.

“You’re walking down the street and you don’t know if they’re going to kill you or what. The food’s disgusting.”