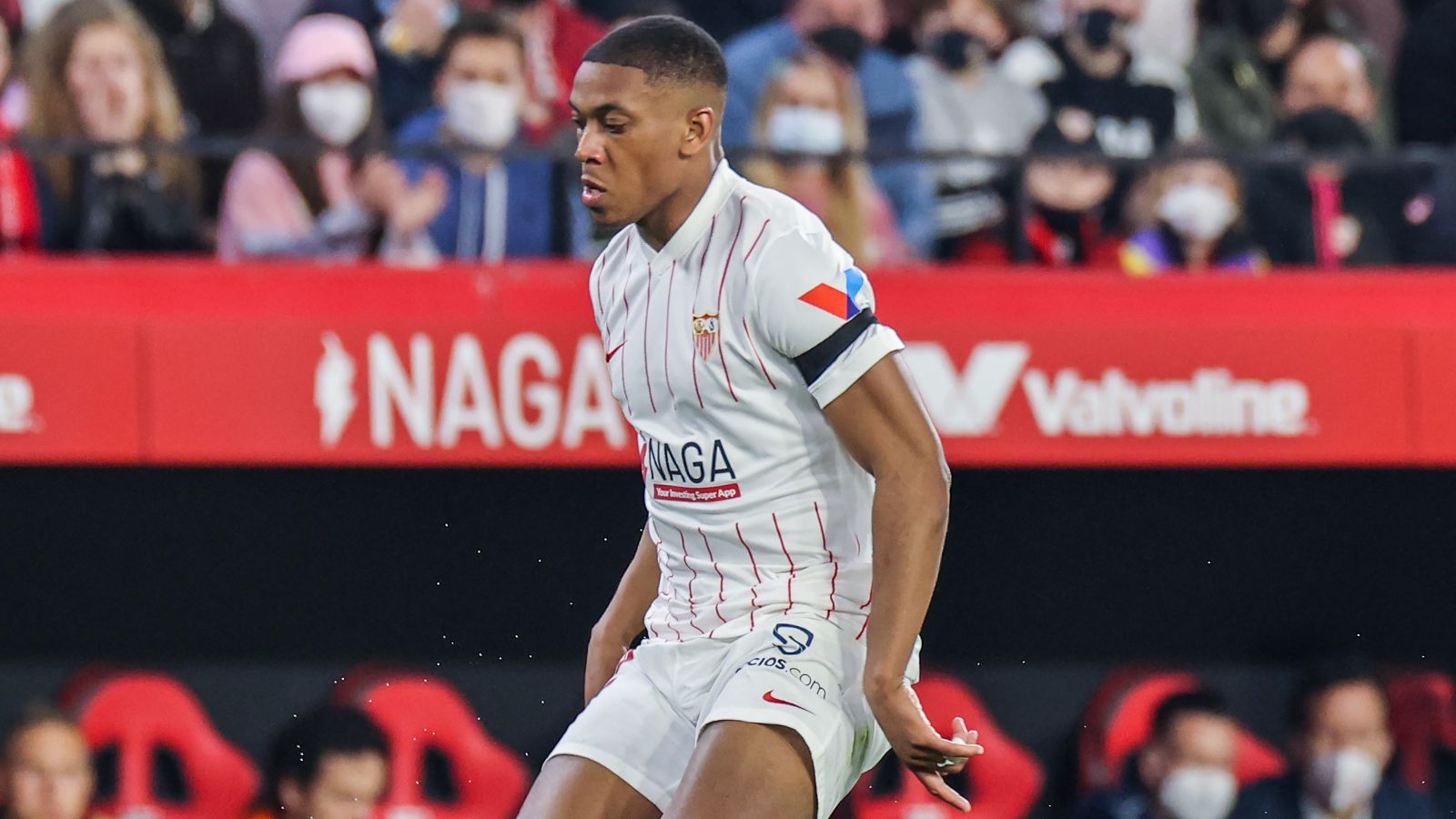 According to reports, Man Utd attacker Anthony Martial is ‘frustrated’ with his situation at Sevilla after he was dragged off early over the weekend.

The Frenchman made it clear ahead of the winter transfer window that he intended to depart Man Utd.

He was linked with the likes of Barcelona and Juventus but he ultimately joined Sevilla on loan.

Martial has played eight times for the Spanish outfit across all competitions.

Sevilla have struggled in recent weeks. They were knocked out of the Europa League by West Ham last Thursday.

Then on Sunday, they drew 0-0 against their La Liga rivals Real Sociedad. Martial was brought off with half an hour to go and Sevilla’s fans booed him as he exited the pitch.

Marca (via Sport Witness) are reporting that Martial was ‘angry’ at being substituted early. There is a feeling that he ‘doesn’t quite fit into the system’ at Sevilla.

The Spanish outlet have described him as ‘the lost star’ and he is ‘frustrated’ with his situation in Spain.

The Switzerland international has been linked with a move to Manchester United since Jose Mourinho’s time at the club.

Akanji opened the door to a future move to Old Trafford in an interview in October 2018.

He said: “Many know that Manchester United has been my favourite club since childhood.

“It would be nice to play there, but that’s not an issue right now.

“I am very satisfied in Dortmund, I want to win titles with BVB and compete in many more big tournaments with the Swiss national teams.”

And with United said to be on the lookout for defensive reinforcements, particularly with the increased scrutiny over the performances of Harry Maguire, Fichajes (via Caughtoffside) claim a deal for the Dortmund star has already been ‘tied up’ as a replacement for the club captain.

Akanji’s contract expires in the summer of 2023 and a report in February claimed the centre-back was eyeing a bigger contract than Dortmund are willing to offer.

United boss Ralf Rangnick was said to be leading the charge for Akanji, with the Red Devils offering a four-year deal with a salary of €15m, three times what he currently earns with the Bundesliga side.