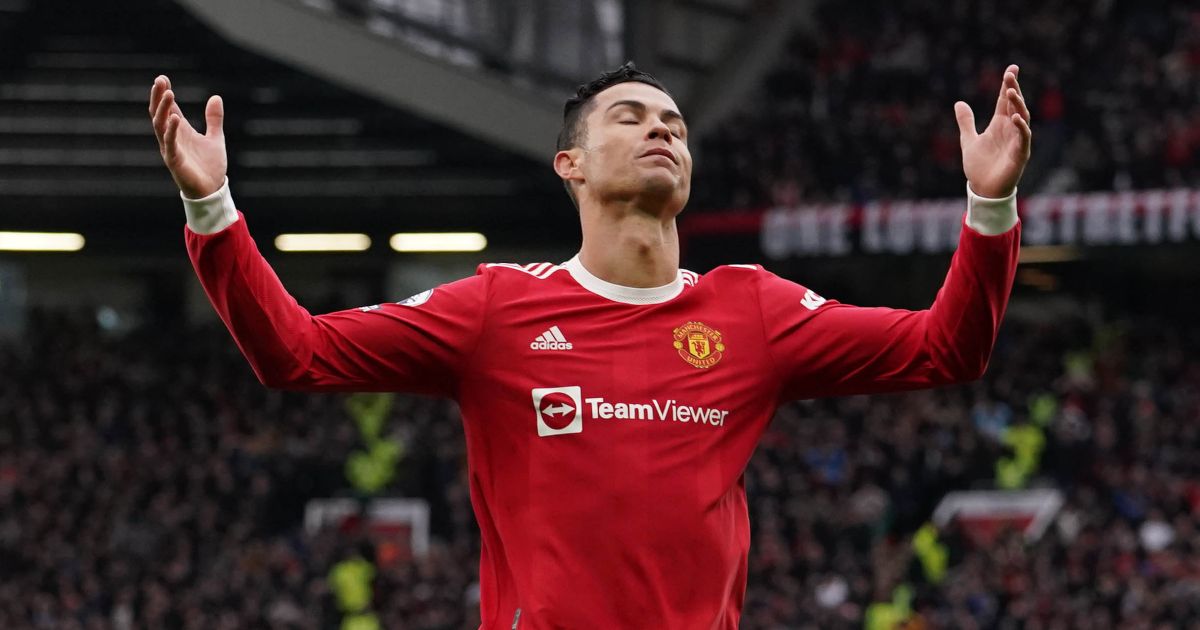 Cristiano Ronaldo doesn’t rate Ralf Rangnick as good enough to continue as Man Utd manager, according to reports in Spain.

Ronaldo has scored  14 goals in 26 appearances for the Red Devils this season, the most by anyone in Ralf Rangnick’s side.

The Portuguese forward hasn’t scored in any of his last six matches for Man Utd, the longest goal drought he has suffered since 2010.

Remember when Ronaldo was going to win Man Utd the title?

There have been rumours of unrest in the Man Utd dressing room, which have been denied by Rangnick, while reports have also claimed that Ronaldo is seeking a move back to Real Madrid in the summer.

Man Utd were held to a draw at Old Trafford on Saturday by Southampton in the Premier League after being knocked out of the FA Cup by Championship side Middlesbrough and being held to a draw by strugglers Burnley in their previous two fixtures.

The latest disappointment against Ralph Hasenhuttl’s men saw them drop out of the top four with Rangnick and his players coming under criticism.

And now Spanish publication AS claims that they have been told that Ronaldo ‘believes that the German does not have the level to manage Manchester United’.

Before the Southampton match, Rangnick told reporters that Ronaldo “should score more goals, it’s obvious”. Those comments have ‘only increased the striker’s anger with his coach’ and the ‘fracture between the two is total’.

Meanwhile, Brighton boss Graham Potter has no doubts about the enduring quality of Ronaldo and is relishing the challenge of a first meeting with “one of the best players of all time”.

“You run out of superlatives in terms of what he’s achieved in his career and the player that he is,” Potter said of Ronaldo.

“He’s had an absolutely amazing career, world-class, it’s out-of-this-world class. There’s nothing else to say with that.

“Too often we zoom into individuals and forget it’s a team game. Sometimes when the team isn’t scoring, the person at the front of the pitch gets the zooming in, we’ve had it ourselves with Neal (Maupay), for example.

“I’ve never played against him, we’re looking forward to going there and pitting our wits against one of the best players of all time.”