Home All The News ‘Angry’ Shaw demanded explanation from Mourinho 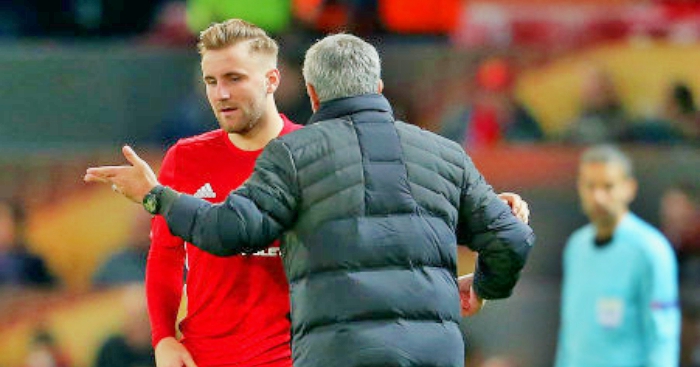 An ‘angry’ Luke Shaw accused Jose Mourinho of ‘picking on’ him during a recent Manchester United match.

United left-back Shaw has been the subject of perceived ‘bullying’ from Mourinho throughout the season.

The 22-year-old is often used as a scapegoat by the manager, and has started just 12 first-team games, despite being free from injury for the majority of the campaign.

His most recent appearance came against Brighton in the FA Cup quarter-final, where he started at Old Trafford but was substituted at half-time.

The Daily Mail report that Shaw confronted Mourinho when the manager told him he was being hauled off.

Chris Wheeler claims that Shaw was ‘angry’, and asked the Portuguese: “Why are you always picking on me?”

‘Mourinho responded by telling Shaw that he was not defending well enough and Brighton were having too much freedom down United’s left flank,’ Wheeler writes.

The pair then ‘raised their voices’ in an argument that ‘could be heard outside the home dressing-room’.

Move on and move up, Luke.