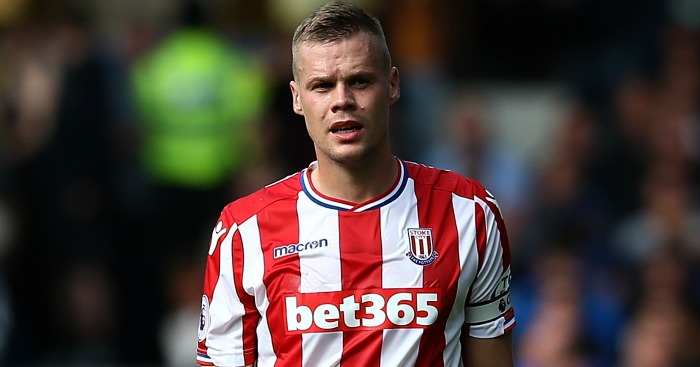 Shawcross, who recently committed himself to the Potters after protracted talks by signing a new four-year deal, is struggling with a back problem and his absence for the visit of his former club is a blow to another ex-Red Devil, Stoke boss Mark Hughes.

“It’s unfortunate because he’s started the season really well and signing the contract was important for him and us,” Hughes told reporters at a press conference.

“It dragged on a little bit because these things can, but we got there in the end.

“We were always confident the deal would be signed. It’s good news but a shame he’s injured. He’s going to be here for a long time and that’s the key.

“Unfortunately Ryan has pulled up in training and is likely to miss certainly the weekend, hopefully it won’t be any longer.

“He’s got an issue with his back. It’s not what he’s had before in terms of disc injuries, it’s ligaments around the back and we have to wait for him to settle down.”

The absence of Shawcross, 29, who is closing in on his 400th Stoke appearance, could mean a debut for Austria international Kevin Wimmer, signed for £18million from Tottenham.

Hughes will check on another summer signing, winger Maxim Choupo-Moting, who strained a hamstring while on international duty with Cameroon.

But Darren Fletcher is hopeful of shaking off a knee injury in time to face his former club. The midfielder, who missed Scotland’s World Cup qualifiers against Lithuania and Malta, is back in training.

Hughes, unbeaten in four home league meetings against his former club during his time in charge at Stoke, believes United look the real deal under Jose Mourinho this season.

Mourinho’s side head to the Britannia Stadium on the back of three straight wins, scoring 10 goals without conceding.

“Of all the teams they are clearly at the top of the pile,” Hughes said.

“Their performances and the way they’ve gone about their business has been impressive.

“The make-up of the United squad is very strong and they’re playing in a way that their fans will take to and enjoy. They expect teams to attack with power and pace and ability.

“It’s very early days. Hopefully there are still things for us to exploit. These games are huge for us and we always enjoy them. We hope we can get a similar result that we did against Arsenal.”