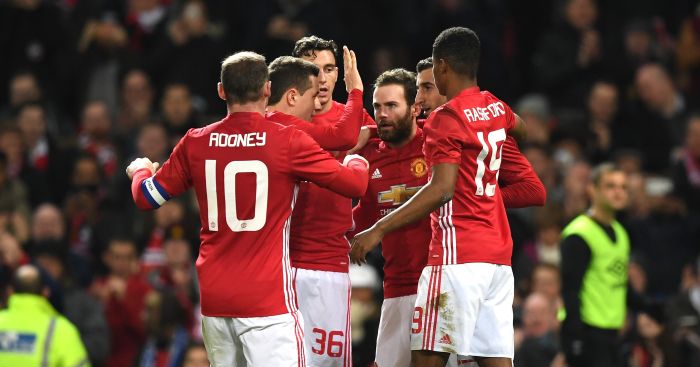 Jimmy Floyd Hasselbaink is the latest Sky Sports pundit to dismiss the title chances of Manchester City and United.

Jamie Carragher has already suggested that City and United’s challenges are over, despite City having the chance to go level on points with second-placed Tottenham if they beat them on Saturday evening.

Hasselbaink has echoed Carragher by saying about Arsenal: “They’re one of the four teams [that are in the race]. I think the Manchester teams are out of the title race. If Man United had beat Liverpool then I would still include them.

“The wins are not going as smooth as they should be for Arsenal.

“I do think Arsenal can still win it but Tottenham are the ones that can challenge Chelsea all the way.

“They have the most talented squad for me, Pochettino is very positive.

“Tottenham are ahead of Arsenal in the title race,” said Hasselbaink, successfully interpreting the Premier League table.