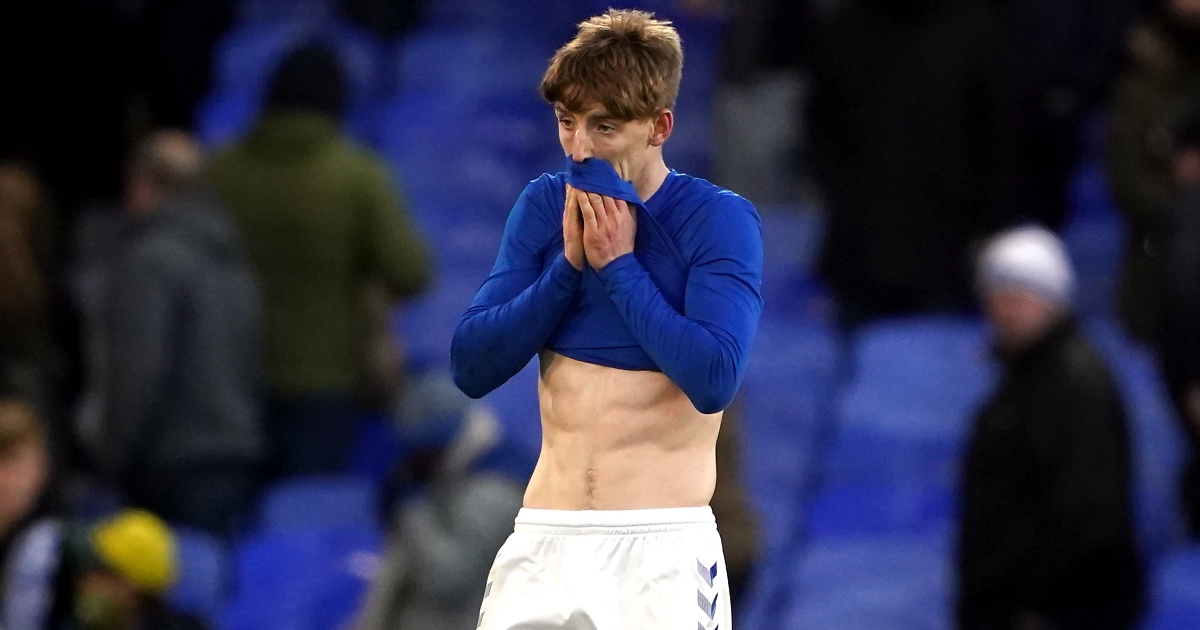 Everton winger Anthony Gordon has opened up on his side’s woeful form ahead of Sunday’s clash with Wolves.

Since Frank Lampard‘s arrival in January, Everton have lost four of their five Premier League matches, including a humiliating 5-0 defeat to Tottenham Hotspur last time out.

With Lampard’s predecessor, Rafa Benitez, having managed to win just five of his 19 league games, the Toffees are right in the thick of the relegation battle on 22 points, one better than Burnley in 18th.

Gordon has been the shining light in an otherwise miserable season, cementing his place in the first team with a series of impressive performances. The 21-year-old was described by Lampard as “by far and away” Everton’s “best player” against Spurs.

He has now discussed Everton’s survival chances ahead of vital games against Wolves and Newcastle, offering his thoughts on what exactly is going wrong.

“It was the lowest I’ve felt all season,” he said of the defeat to Spurs. “We weren’t aggressive enough but it’s not one thing, it’s many things. A team of our calibre should not be experiencing this.”

He continued: “The manager wasn’t happy as you would expect. He is a serial winner. We have had plenty of meetings but keep making the same mistakes.

“Football is our life. Everyone here cares. I am not going to lie and say I don’t look at the table. I am a human being. We are very aware of the position we are in. It is our fault we are there.”

However, he is confident that Everton are capable of turning things around.

“I’m not worried about relegation because I see day in, day out how good we can be. If we get certain things right, all the worry will disappear,” he said.

“We had another discussion after the Spurs game about where we thought we went wrong. Character has to already be in you. It’s about taking that little bit of responsibility yourself and holding each other accountable. If we do that, we’ll be fine.”

After the clashes with Wolves and Newcastle, Everton travel to West Ham before hosting Manchester United. They then head to Anfield for the Merseyside derby.