Home Manchester United Martial hits back at Rangnick: ‘I will never refuse to play for Man Utd’ 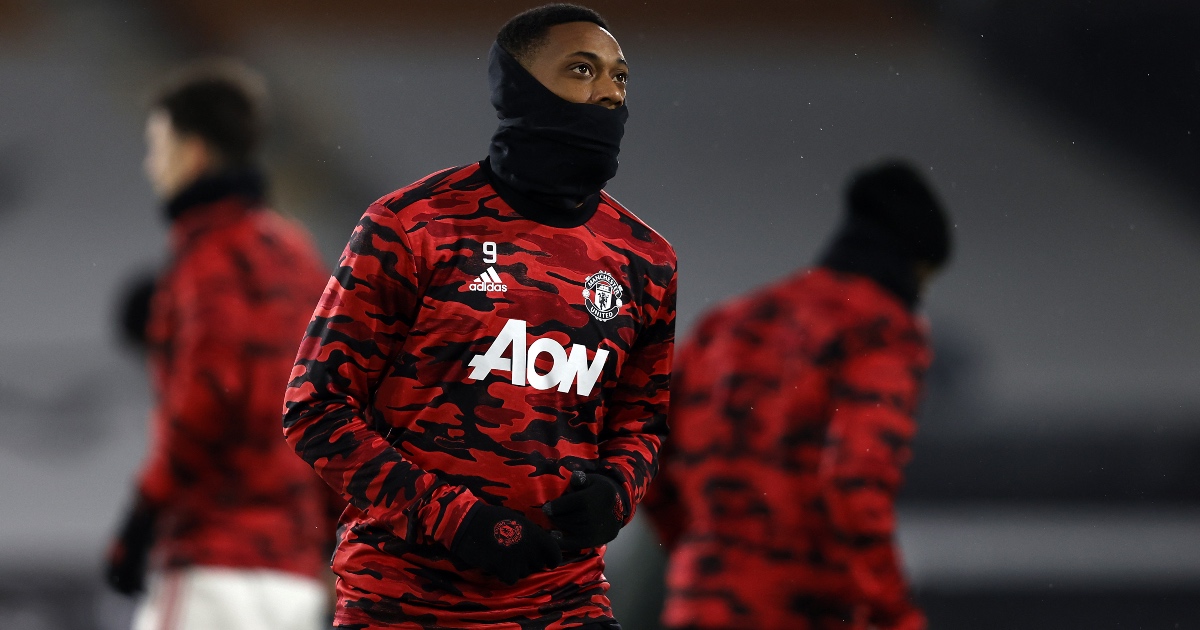 Anthony Martial has denied Ralf Rangnick’s claim that he refused to be part of the Manchester United squad against Aston Villa on Saturday.

United dropped yet more points in their quest for a top-four finish at Villa Park, surrendering a two-goal lead after Bruno Fernandes‘ brace had fired them ahead.

Jacob Ramsey pulled one back in the 77th minute, before Philippe Coutinho announced himself to the Villa faithful with a debut goal four minutes later.

The result leaves United, who were without several key players through injury, in 7th place, five points adrift of West Ham in 4th.

Notably, Rangnick named only eight substitutes for the game – one short of the maximum number allowed. The German claims he offered a place in the squad to Martial, who turned the opportunity down.

Speaking after the game, Rangnick said: “Yes, he [Martial] didn’t want to be in the squad.

Martial has since refuted this claim, telling his Instagram followers late on Saturday night: “I will never refuse to play a match for Man United.

The 26-year-old has been heavily linked with a move away from the club this month, having made just seven league appearances so far this season.

Sevilla were thought to be considering a move but are now ‘looking at other options’ after being priced out of the deal. Newcastle, meanwhile, are also interested but Martial has reportedly ruled out a move to Tyneside.

Last month, Rangnick said of the situation: “We spoke at length on Wednesday.