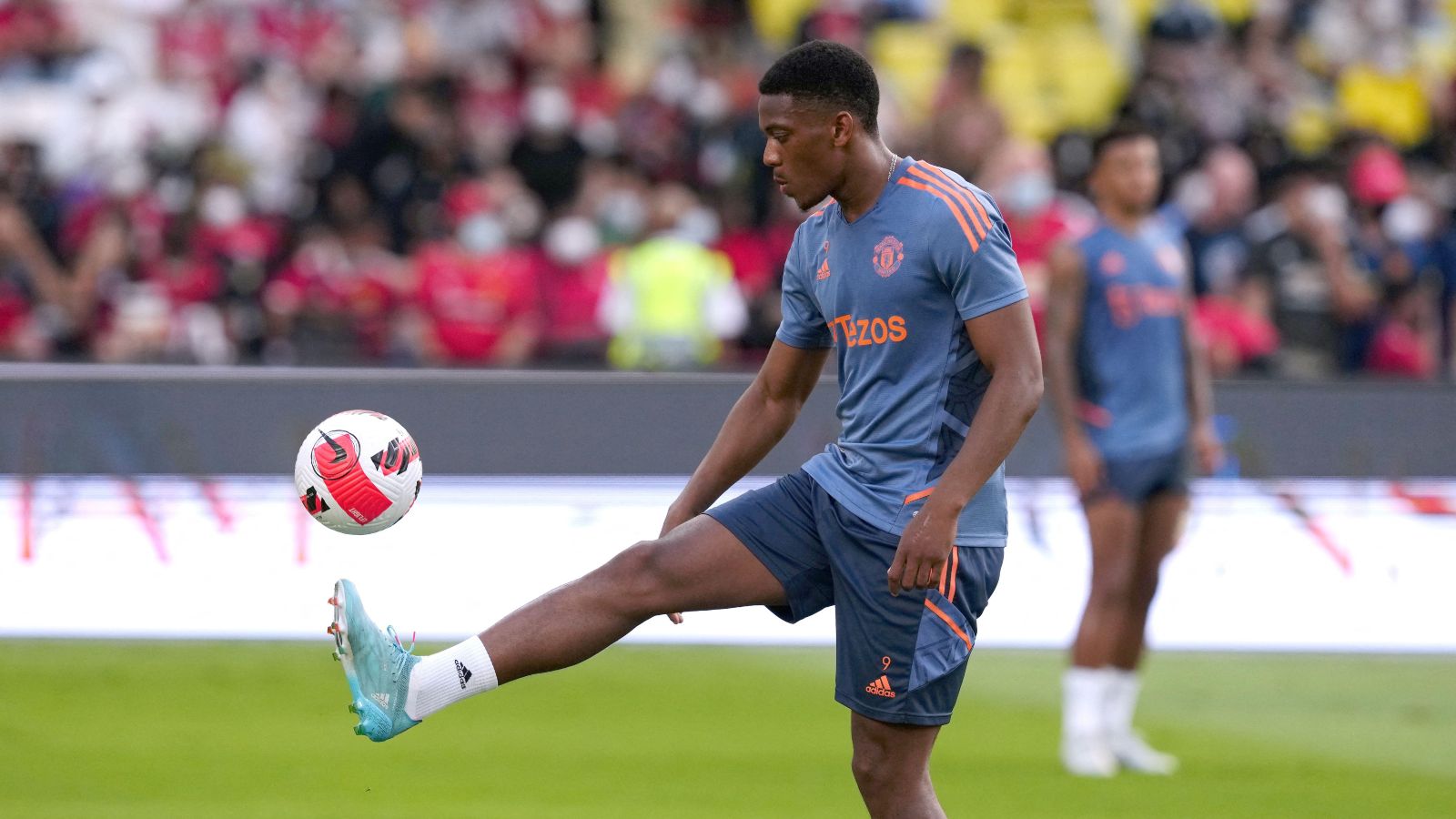 Anthony Martial is set to miss Manchester United’s Premier League opener against Brighton due to injury.

The forward suffered a minor hamstring problem in their preseason game agaisnt Atletico Madrid in Oslo, holding his leg as he left the pitch.

And he will miss the clash with Brighton at Old Trafford on Sunday, according to The Athletic.

It’s hoped he may return to Brentford on August 13 ahead of the clash with Liverpool on August 22.

His injury gives new manager Erik ten Hag a selection headache with the Frenchmen the only recognised striker in the squad other than Cristiano Ronaldo, who is short of match fitness.

Ronaldo – who told the club he wants to leave this summer – has played in just one preseason game, the 1-1 draw with Rayo Vallecano, lasting until half-time before being substituted.

Ten Hag has said the Portugal international needs to improve his match fitness, but the Dutch boss may now be forced into playing Ronaldo, or may opt for Marcus Rashford down the middle.

United will be boosted by the return of Jadon Sancho, who has recovered from illness, but the absence of Martial is a significant blow.

That’s quite remarkable given he was expected by many to not still be at Old Trafford after he was sent out on loan to Sevilla for the second half of last season.

He scored just one goal in 12 appearances across all competitions for the La Liga side, which doubled his season tally having managed just one in the first half of the campaign under Ole Gunnar Solskjaer and Ralf Rangnick at Old Trafford.

But the 26-year-old has impressed in preseason under Ten Hag, scoring three goals and generally looking as though he’s set to have a positive impact for the Red Devils this term.

Former Manchester United midfielder Lee Sharpe believes Anthony Martial can be like a “£60m new player” if he “puts the work in” under Erik ten Hag.

Sharpe said: “I think Martial on his day is unplayable. I think he’s that good. That’s what frustrates fans, knowing he’s that good but not doing it week-in, week-out.”

“I don’t know the lad personally so I’m unsure whether he is happy playing out wide, or if he prefers playing as a number nine.

“If he wants to be a number nine, and Ten Hag is happy for him to be there, and if Martial puts the work in, then United have a surprise package.

“A £50-60m new player if you like because on his day he’s unbelievable with quick feet. He can score goals and create for others and he’s a fantastic talent.

“If United get the best of Martial then everybody will be happy.”