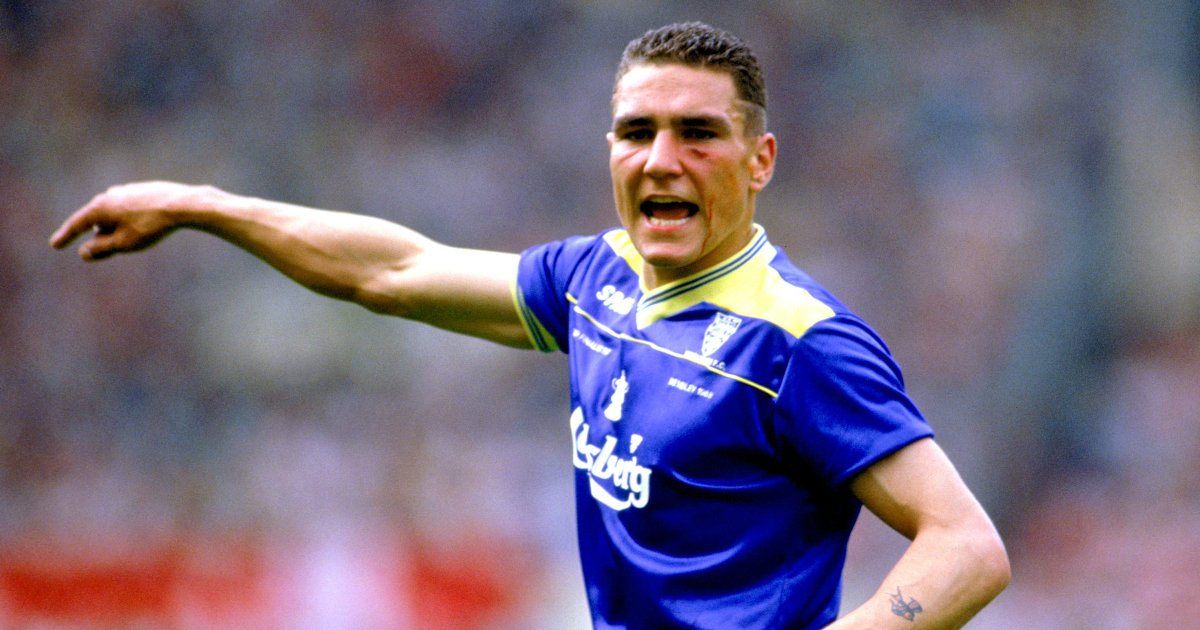 Mentality monsters no more. Jamie Carragher is sick and tired of Liverpool excuses, calling them “mentality midgets”, Graeme Souness thinks they are an “easy touch” after another home loss to Fulham . Maybe the Reds could learn a thing or two from these hard nut teams just to get back on track…

That Cambridge United team
Under John Beck, Cambridge were within a whisker of qualifying for the inaugural Premier League season in 1992. Beck was labelled Dracula by some for essentially ‘sucking the life out of football’. His tactics were certainly bordering on skullduggery. Visiting teams would often be given soaked, half-inflated balls for their warm-up while the away dressing room was routinely flooded a few hours before kick-off to make the stench of Abbey Road even more unpalatable. The opposition even had to share it with a local ballet company.

On the field of play, there was nothing balletic about smashing long balls up to Dion Dublin. Glenn Hoddle once drily remarked: “You couldn’t tell whether his touch was any good because the ball was always in the air.”

Beck notoriously had the grass grown several inches long in the corners to hold up the ball when his players knocked it over the top for his wingers to collect. The pitch would be rutted to ensure ground control was virtually impossible. Set-pieces were practiced as if they were the only way to score. Indeed, the only way was up. As Steve Claridge said: “We just used to boot it upfield, so it didn’t really matter to us.”

Stoke City’s ‘rugby’ team
Tony Pulis’s Stoke relished testing the cojones of the purists. As Jermaine Pennant once bluntly put it: “I went from being in Spain with time on the ball, being able to express myself and not have to defend too much to then being a groundhog under Pulis. It was like being treated like a dog.” Imagine how Serge Gnabry felt, Jermaine.

Rory Delap’s heat-seeking long-range throw-ins were the constant bombardment that would trigger second ball chaos. Allegedly, even Patrick Vieira revealed to Pulis that the Gunners hated going to Stoke and were the only club that Arsene Wenger talked about and worked on beforehand. Now there’s a back-handed compliment.

Except that the Frenchman disparagingly likened the Potters’ tactics to the oval ball game of Twickenham. This was meat and drink to the Stoke supporters who sang England rugby anthem ‘Swing Low’ and “1-0 to the rugby team” during the 3-1 win over Arsenal in 2011.

Pulis said that Wenger had even complained about the grass. “The referees and the linesmen had to come and measure the grass. I know he talked about banning throw-ins and saying they shouldn’t be allowed. That was all music to our ears.”

‘Brutal’ Blackburn Rovers
In 2010, Arsene Wenger berated Big Sam’s Blackburn Rovers for showing “no purpose to play the ball” as they blocked keeper Lukasz
Fabianski at every opportunity in a 2-1 defeat at Ewood Park.

Five years previously, the Sunday Times had waded into Mark Hughes’ Blackburn team when they played the Gunners in the FA Cup semi in 2005, calling it ‘brutality that shamed the game…’. Garry Flitcroft, David Thompson and Aaron Mokoena were all booked for fouls on Patrick
Vieira in the first half, and Arsenal players were also unhappy with second-half challenges by Brett Emerton and the shrinking violet Robbie Savage. “Now whenever we go into a tackle people say that we are a certain type of team,” moaned Hughes.

When Jose Mourinho’s new Chelsea toy came to town in 2005, they won in industrial conditions. The Special One accused his opponents of trying to intimidate their way to victory by being nasty and hard. “We came here to play football and it was not a football game, it was a fight.” Jose was good value back then.

Wimbledon’s Crazy Gang
Prior to kick-off in the 1988 FA Cup final against Liverpool, Vinnie Jones was interviewed on the touchline when out of shot came John Fashanu’s fist to glance the midfielder’s jaw. “There’ll be plenty of that,” Jones told the camera.

It didn’t take too long for Liverpool to realise that they were in a game. Five minutes in, Steve McMahon received possession and Jones scythed into him two-footed without a thought of getting anywhere near the ball. VAR would have not been needed to check on anything other than the victim’s status and the hitman’s number. Amazingly, back in the day, there wasn’t even a card.

Vinnie recalls: “The boys knew I was going to smash him because I’d told them that if I could early enough, the referee wasn’t going to send me off in front of about 100,000 people, but I didn’t get too much of a response from the lads, so it was a bit of a gamble!”

The gamble worked. The Dons won 1-0. Lawrie Sanchez – who scored the winner – didn’t speak to Fashanu for six years after accusing him of trying to end his career by karate-kicking his legs. This was serious headcase stuff in the Plough Lane dressing room.

Warnock’s bloody Blades
Former Manchester United striker Danny Webber had a taste of Warnock life before actually joining the fun. “When I played against Sheffield United, some of the things I used to hear him say to the players – ‘get him, break his legs,’ and all that kind of thing – were very, very old school.”

Warnock liked a bit of aggro, but nobody could have predicted the sheer carnage that a Championship fixture between the Bramall Lane outfit and West Brom would bring in 2002. Georges Santos and Patrick Suffo never played for the club again after both being sent off for reckless challenges against the Baggies. Keeper Simon Tracy had already been dismissed for handling outside the box.

The game ended up being abandoned when the hosts had two further players who were, curiously, unable to continue. As the rules of the game state: ‘A match should not continue if there are fewer than seven players in either team.’

If you thought that kind of thing only happened on FIFA, think again…

Warnock joked: “I wouldn’t imagine Gary will be having a drink with me tonight, no. But, not many managers do.”

Bolton under Big Sam
Bolton, much like stoical and steely Stoke, were known for a physical and direct style of football under Big Sam’s ‘war room’ approach. This thrived on the soft underbelly of pure footballing teams (Arsene’s Arsenal were a particular favourite) and thrived off spoiling play added to a bit of Jay Jay Okocha sparkle. Big Sam was also ahead of his time in using ProZone, the computer system that tracks every physical detail of a player. You can imagine him plotting on a Friday night with little Sammy Lee, probably with a pint of wine and a Nandos to wash it all down.

Allardyce liked nothing more than upsetting the top four, or as he put it, getting their “backsides smacked”. Such was his dislike of the Trotters, Liverpool’s Rafa Benitez compiled a DVD of all of their fouls and tactics and then distributed the recordings to chief
referee Keith Hackett. In these Covid times, it seems apt to give the last word to Allardarci:”There are scientists who will tell you that spirit, because it can’t be measured, doesn’t exist. Bollocks.”