Home All The News ‘Your mother’s ****’ – Griezmann, Pique clash in angry Barcelona row 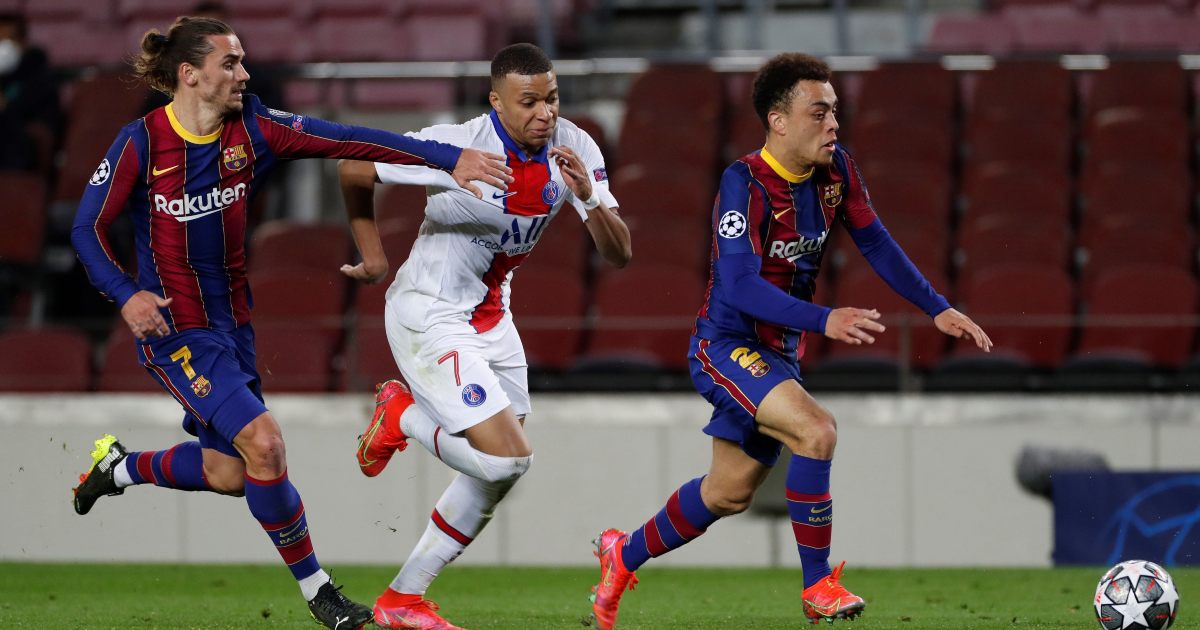 Antoine Griezmann and Gerard Pique exchanged insults on the pitch as Barcelona were hammered 4-1 by Paris Saint-Germain on Tuesday night.

Kylian Mbappe scored a hat-trick as PSG came from behind to triumph in the first leg of their Champions League last-16 tie in the Camp Nou.

Mbappe netted a fine equaliser in the 32nd minute, shortly after Lionel Messi had put Barcelona ahead with a penalty.

The France forward subsequently struck again midway through the second half, Moise Kean added a header five minutes later and Mbappe completed his treble with a curling finish with five minutes remaining.

Barca’s line-up included Pique, returning to Ronald Koeman’s defence after almost three months out due a knee injury. Ousmane Dembele was also among the players coming in as he joined Messi and Griezmann in the attack.

Pique was frustrated with Barcelona’s lack of possession in the match and made his feelings clear, before coming involved in a heated exchange with Griezmann.

To which Pique responded: “No Grizzi, your mother’s ****. We are suffering and running like crazy people. We’ve been like this for five minutes!”

Griezmann screamed back: “Don’t yell at me! I’m also suffering! I also run like crazy!”