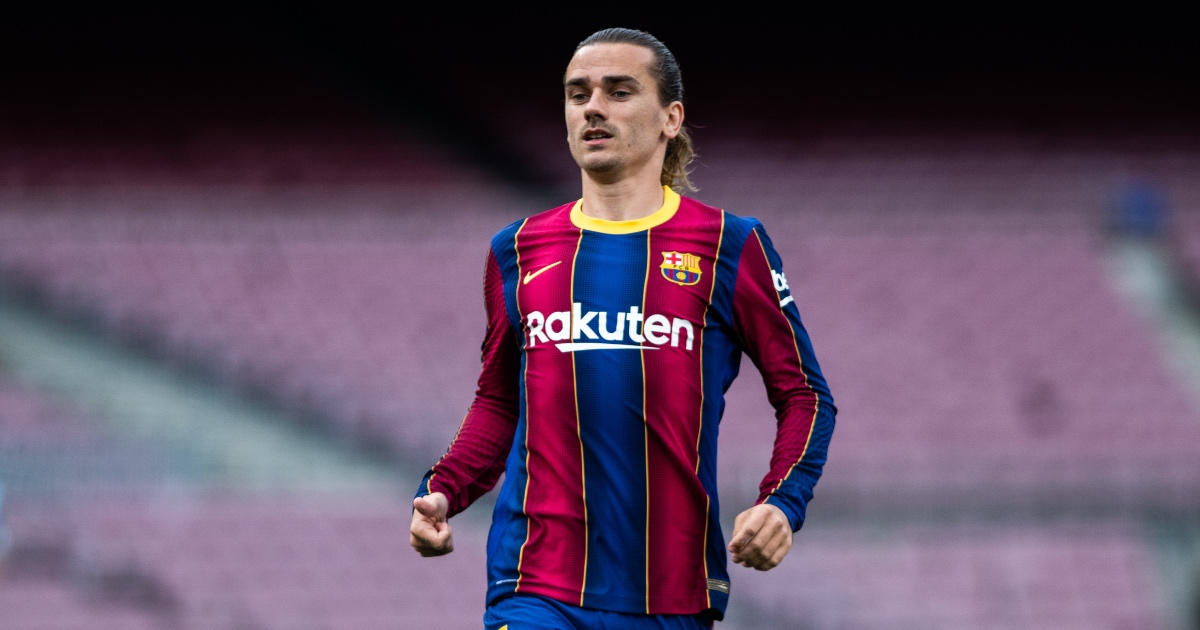 Barcelona forward Antoine Griezmann is reportedly open to leaving Spain this summer, amid rumours of a Premier League move.

The France international, 30, has been linked with Chelsea in recent weeks due to Barca’s financial crisis.

The Catalan giants need to reduce their wage bill so star player Lionel Messi can renew his contract.

As a result, Griezmann has been offered to Chelsea as they’re one of the few clubs that can afford his wage demands.

And according to Spanish outlet La Vanguardia, the player is willing to consider a summer transfer.

He will only leave if the project is ‘competitive’, the report states, which suggests he could be tempted to Stamford Bridge.

He guided Chelsea to their second ever Champions League trophy, as well as a top four finish in 2020/21.

They also reached the FA Cup final but were beaten by Brendan Rodgers’ Leicester City at Wembley.

A transfer now seems to rest in the hands of the Chelsea hierarchy. They could be given free reign to sign Griezmann, but only if a move is deemed necessary by the club.

Tuchel already has the likes of Kai Havertz, Timo Werner and Tammy Abraham available in attack.

Griezmann was backed for a successful Euro 2020 campaign with Les Blues. He finished as the tournament’s top scorer in 2016 with six goals in seven games, form which also won him the player of the tournament award.

France boss Didier Deschamps also hailed him as ‘one of the greatest players ever’ a week into Euro 2020.

The former midfielder said: “He takes very good care of himself.

However, the forward did not enjoy as much success as expected this summer. He managed one goal in four games as France were dumped out on penalties by Switzerland in the round of 16.