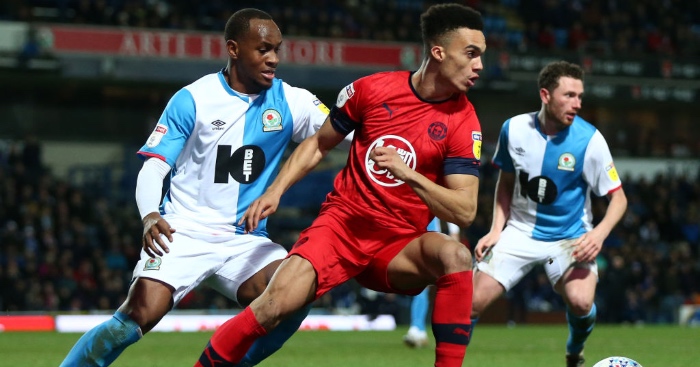 Antonee Robinson’s dream move from Wigan to AC Milan has collapsed ahead of Friday night’s deadline.

The 22-year-old was originally cleared to fly to Italy on a jet hired by Milan after the Championship club cleared his exit.

But the United States left-back found out the transfer was off just hours after arriving.

Milan had proposed a loan deal at first ahead of a deal worth up to £10million.

But Wigan demanded that the £10million was paid up front rather than in instalments, reports The Sun.

And the clubs failed to sort out the deal, leading to Milan pulling out and Robinson heading home.

The seven-cap international only joined Wigan permanently last summer – signing a three-year contract after a productive loan spell from Everton.

Robinson never managed a first-team appearance for the Toffees, but did also have a loan spell with Bolton before joining Wigan.