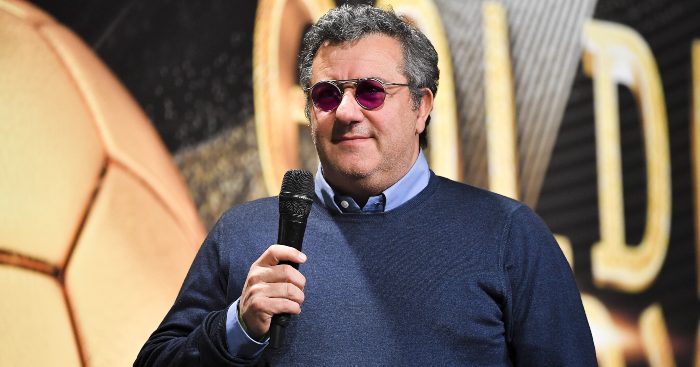 Former Italy international Antonio Cassano has claimed that agent Mino Raiola didn’t know what “kind of player” Paul Pogba was when he took him from Man Utd to Juventus.

Pogba left Old Trafford for Juventus in 2012 after only making three Premier League appearances for the club under Sir Alex Ferguson.

However, four years later Man Utd broke the world transfer record to bring the France international back to the Premier League for €105m.

MAILBOX: Liverpool must score two to draw vs Man Utd and Klopp is ‘rattled’

Controversial agent Raiola was involved in both deals and Cassano has given some insight into how the transfer from Man Utd to Juventus came about.

Cassano told Bobo TV (via Sport Witness): “I know that when he still had to debut with Manchester United, Mino Raiola went to Ferguson asking him for a lot of money to get him to sign the contract. Ferguson asked the agent if he knew what kind of player Pogba was, and Raiola replied by saying no.

“He cared little, those were their requests and if they were not met they would go away. Without batting an eye, Ferguson ruled that Pogba could also go away.”

And Raiola has recently rocked the boat at the Premier League club after he spoke publicly about his player being “unhappy” at Man Utd, while he also claimed that Pogba’s time at the Red Devils was “over”.

Pogba has started to play quite well for the Red Devils in recent weeks after Ole Gunnar Solksjaer picked him to start a number of matches over the festive period.