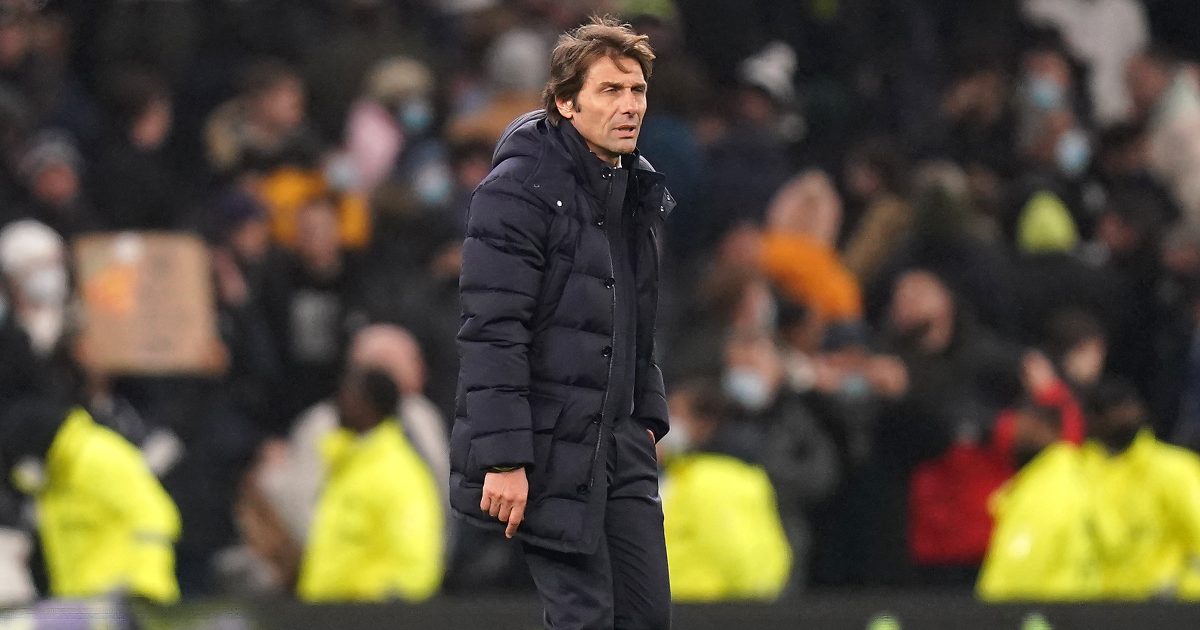 Antonio Conte is “a bit disappointed” that his Tottenham Hotspur side drew against Liverpool on Sunday as he felt they deserved all three points.

This weekend’s game against Liverpool was Tottenham’s first in a fortnight. They have had three games called off as a result of a Covid outbreak in their camp.

Conte took over at Spurs in November and before this weekend, he had three wins and a draw from his four Premier League games in charge. His only defeat has come against Mura in the Europa Conference League.

A Premier League XI of the best outside the Big Three

Harry Kane scored his second league goal of the season as Spurs went ahead. But goals in either half from Diogo Jota and Andy Robertson turned the game around.

Liverpool’s advantage did not last long, though. Alisson was unable to clear the ball and this allowed Heung-Min Son in on goal to make it 2-2.

Jurgen Klopp’s side finished the game with ten men as Robertson was sent off with just over ten minutes to go. The points were shared in the end as neither side could find a winner.

This result leaves Tottenham seventh in the Premier League. They can rise as high as fourth if they make the most of their games in hand.

As quoted by BBC Sport, Conte has taken time to praise Kane and Dele Alli for their showings against Liverpool:

“I think it was an exciting game and we created many chances to score and win the game. We have to be a bit disappointed with the draw. For sure we played against a really strong team,” Conte said

“For the chances we created, we go home with the thought instead of one point it could be three points.

“We prepared a plan. It’s not simple to defend against them. When we’re in possession I said we could create problems for Liverpool. This happened today. The supporters have seen a good exciting game.

“I don’t want to speak about the decision of the referee. I think the game was good for both teams. Harry played a good game. He scored a goal of vital importance. He had chances to score other goals. He’s an important player for us.

“Dele Alli played a good game. With this formation with three midfielders he can play as a midfielder and I think he’s strong physically. If he was a bit effective he could score but the performance was good. It’s important to understand the players I can count on now for the future. Also to find the right solution for formation. To have two possibilities is good for the team.”

On the Premier League meeting tomorrow: “The people have to make the best decision for everybody. To be safe is the most important thing. If they decide to stop everything if they decide to find different solutions and not close… I think we have to follow what they tell us.”