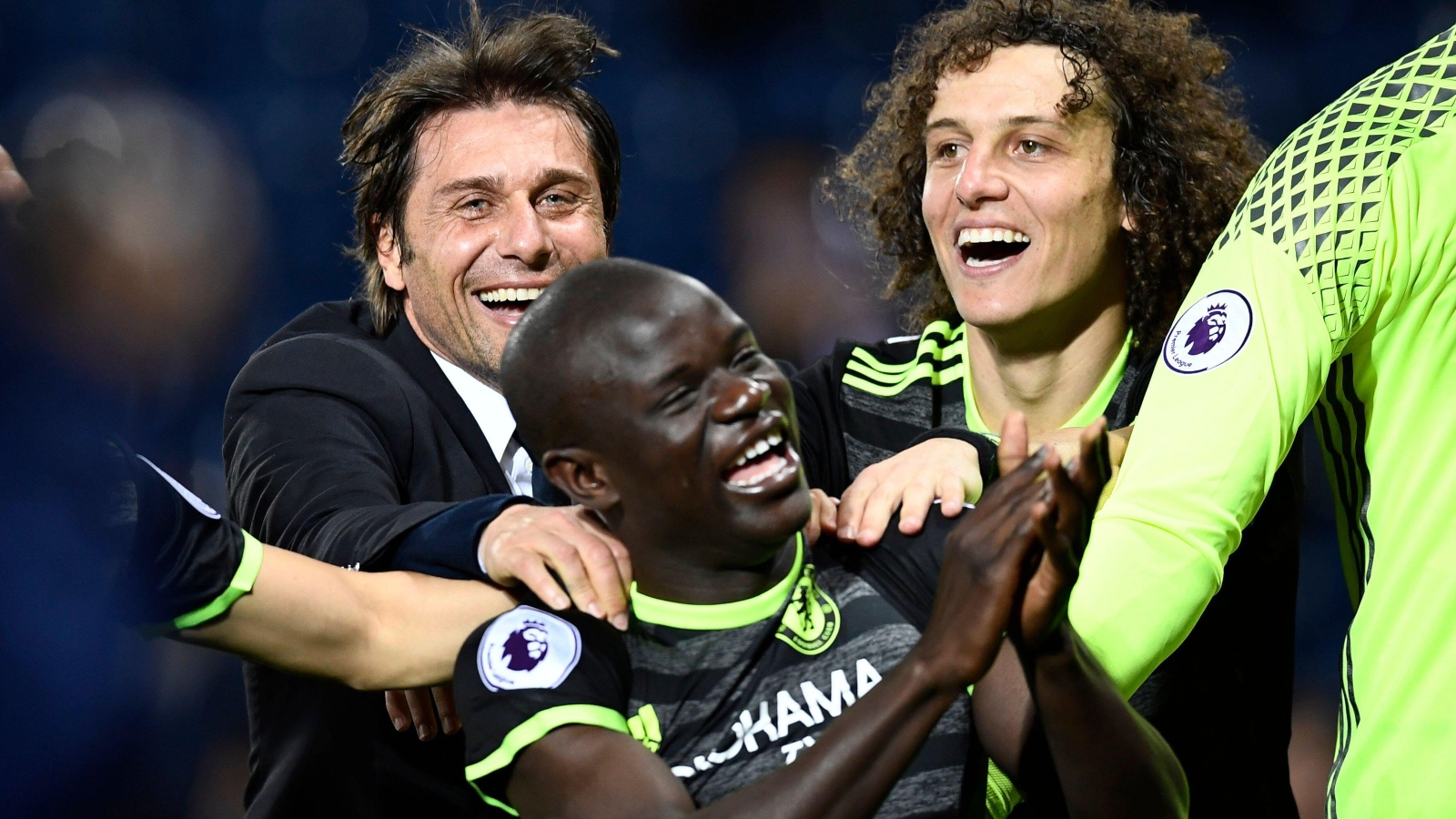 Tottenham head coach Antonio Conte is reportedly a big admirer of Chelsea midfielder N’Golo Kante, who is out of contract next summer.

Kante was brought to Chelsea by the Italian in 2016 after helping Leicester City make history by winning the Premier League.

The French midfielder then went on to win the title with the Blues in his first season at Stamford Bridge.

Antonio Conte only lasted one more year in west London, however.

His contract expires next year with many teams interested.

Chelsea have put a two-year extension on the table, but Kante reportedly wants a four-year deal.

The Blues are reluctant to offer that length of contract due to the player’s injury record.

Kante played the full 90 minutes in the opening game of the season before picking up an injury late on against Tottenham on matchday two.

With his future up in the air, there are plenty of rumours circulating.

It is believed that the 31-year-old wants to stay in England, preferably London.

Paris Saint-Germain are long-term admirers, and Barcelona – who love a free transfer – are also reportedly interested.

With a stay in London high on the agenda for Kante, he has unsurprisingly been linked with both Arsenal and Tottenham, who are the best-placed Londoners to offer him a contract.

Arsenal’s recent transfer policy under Mikel Arteta has been to sign young players, so it would be a surprise to see them offer a big-money deal to an injury-prone 31-year-old.

Tottenham, on the other hand, have not adopted the same strategy.

In the most recent transfer window, Antonio Conte brought Ivan Perisic, 33, and Fraser Forster, 34, to the club.

Spurs do already have Rodrigo Bentancur, Pierre-Emile Hojbjerg and Yves Bissouma at the club, meaning Conte may not see the need for Kante.

However, when fit, the 2018 World Cup winner is the best player in the world in his position.

He is ruled out of this winter’s World Cup through injury, unfortunately, so it is unclear whether or not he can be relied on to play consistently.

As mentioned prior, Conte was Kante’s head coach at Chelsea, so he will be a fan of the player and probably the person.

According to Spanish journalist Matteo Moretto, Kante is a player who Conte ‘really likes’.

It is stated that Spurs could join the race to sign the experienced midfielder as a result.

They will likely battle Barcelona for his signature, but the Premier League side could have the upper hand due to Kante’s preference to stay in London.

Funnily enough, Conte is also out of contract next summer.

The former Juventus boss only penned a short-term contract when he replaced Nuno Espirito Santo at the Tottenham Hotspur Stadium.

It is unclear whether or not Conte wishes to extend his stay in north London.

The 53-year-old has been heavily linked with a return to Juventus with Max Allegri under pressure.

The Old Lady crashed out of the Champions League after finishing behind Paris Saint-Germain and Benfica in Group H.

READ NOW: Arsenal could lose three stars and Arteta to the vultures; Spurs fans should not be so entitled