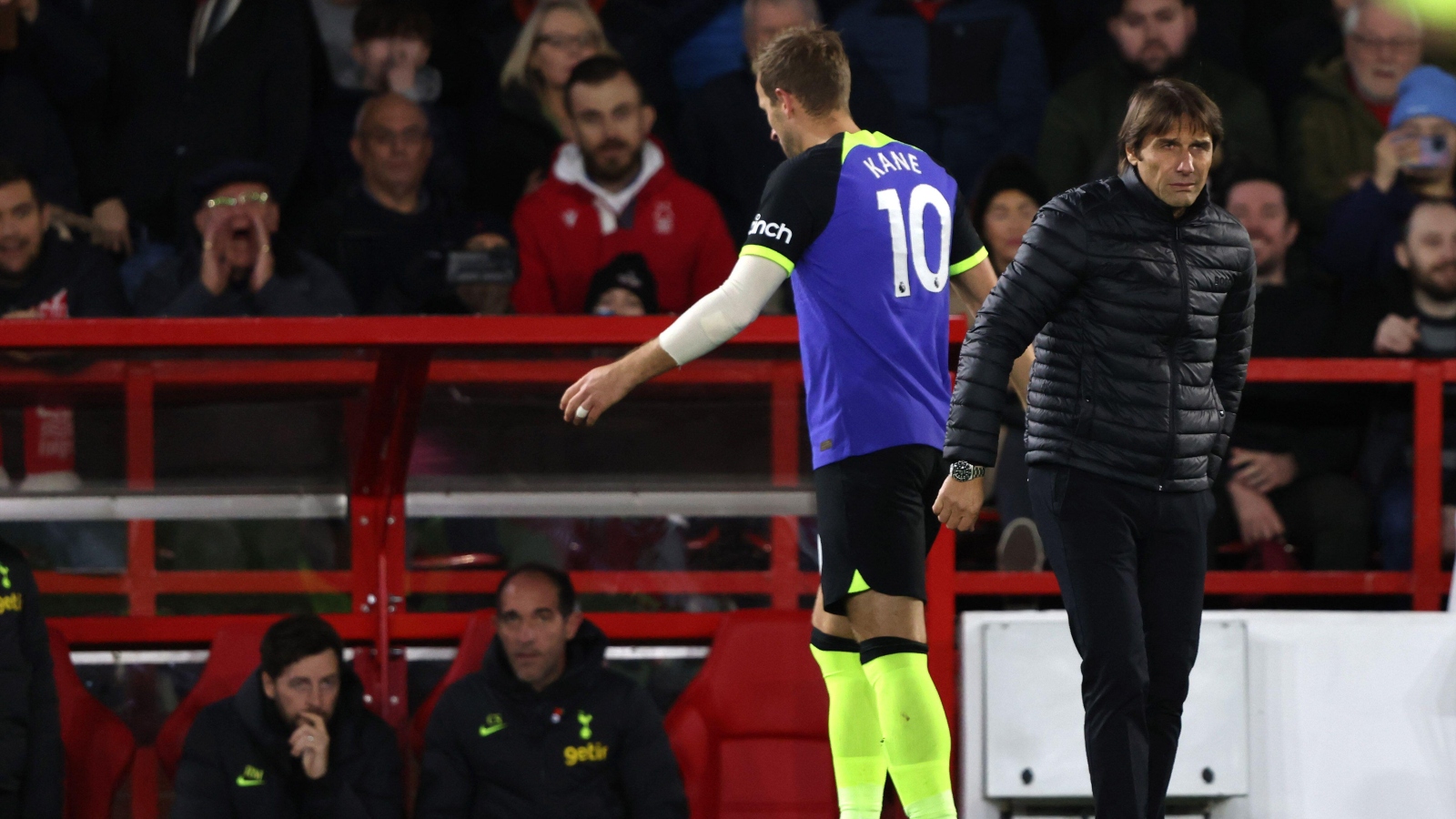 Kane has started every game for Tottenham this season and was again in the starting line-up as Spurs crashed out of the Carabao Cup after a 2-0 defeat at Nottingham Forest.

The 29-year-old’s participation at the City Ground was in doubt due to tiredness, but Conte said he had no choice but to start him due to injuries in his squad.

He was withdrawn after 59 minutes, with his side 2-0 down, in a seemingly pre-planned move, but the Three Lions skipper has played all but 33 minutes of Tottenham’s 12 games in the last 39 days.

Conte revealed Kane pulled out of Tuesday’s training session to preserve energy, but it is far from ideal with England’s campaign in Qatar starting on November 21, with another Premier League game on Saturday to come.

“With Harry, until this morning we waited to see if he could start or not,” the Italian said. “But in this situation he was the only striker for us. For this reason I can only say thanks for the availability they show me.

“It was a problem of tiredness. Really, really tired and yesterday we had a soft training session and at one point he stopped himself to recover energy.

“But he’s okay, it’s only fatigue but it’s normal because Harry played every game. When you have a player like him it’s difficult to decide you don’t play with him.

“Other players maybe they could tell me, ‘I’m tired and don’t want to play and help the team’. I have a group of players who are men and good players because of this.

“Another could be selfish and think for himself because in one week they have to play the World Cup. Instead, Harry Kane showed to be a really good man.

“Today it was really difficult if Kane told me, ‘maybe it’s better I don’t start today because I risk a lot to have an injury’.

“But I repeat, it’s normal, what’s happening in this period.”

Given Tottenham’s gruelling schedule it is little surprise they were outplayed by Forest, who made light of their position at the bottom of the Premier League.

They have a rich history in the League Cup, winning it four times, and they made it through to the last 16 as Jesse Lingard finally broke his Forest duck, adding to Renan Lodi’s opener.

Lingard has had an underwhelming start to his Forest career after his surprise free transfer in the summer and had not scored or made an assist in his opening 12 appearances – but he put that right on a memorable night at the City Ground.

The former Manchester United forward headed home from close range in the second half, seven minutes after setting up Lodi’s opener.

Boss Steve Cooper said: “I thought he was excellent. He scored one with his head and could have scored another with his head.

“I thought his positional play was good. He took up the spaces and found the spaces really well.

“And, more importantly, he did what you want your attacking players to do – you want them to be a threat and have end product.

“He did that, not just with the goal, but some of his final passes and link-up play was really good, too. I’m really pleased with him tonight, as I am with everybody else.”