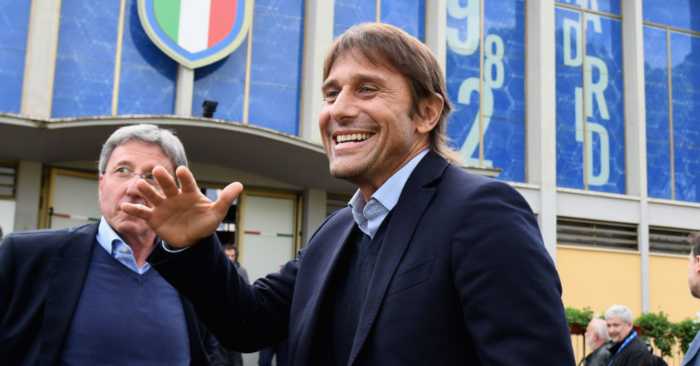 Antonio Conte ‘would like to’ manage Manchester United in the future.

Conte, who won the Premier League title and FA Cup with Chelsea across a two-year reign from 2016 to 2018, is set to leave Inter Milan after just one season in charge.

Defeat in the Europa League final to Sevilla confirmed a sour end to a campaign that promised so much as Inter finished second to Juventus in Serie A and reached the semi-finals of the Coppa Italia.

Conte was heavily backed in the transfer market with the arrivals of Romelu Lukaku, Diego Godin, Ashley Young, Christian Eriksen and Alexis Sanchez but has regularly complained about the club’s hierarchy.

“It’s only right that we analyse the entire season, look at everything in a calm way, and try to plan the future of Inter, whether it’s with or without me,” he said on Friday.

“We’ll clarify the situation, without rancour, because I will always be grateful for having the chance to spend a great year at Inter, but on the other hand it was also very tough.”

Reports suggest the mutual decision will be made for Conte to leave, with the Italian harbouring hopes of taking over at Manchester United one day.

Goal.com’s Juventus correspondent Romeo Agresti has been credited with the claim.

. @romeoagresti saying Conte likely to leave Inter. Can take a break and would like to coach United in the future.

Conte was said to be interested in the United job when Jose Mourinho was sacked in December 2018, only for Ole Gunnar Solskjaer to impress in an interim role.

The Daily Telegraph said the 51-year-old ‘would seriously consider any approach’ from Old Trafford at the time, but that ‘United may well be wary of Conte’s volatile reputation…and the accusation that he plays unattractive football’.

It would be genuinely hilarious to see Conte working with Ed Woodward, who has recently pulled the plug on a move for Jadon Sancho due to financial concerns. If Ever Banega thought he didn’t have much hair before…