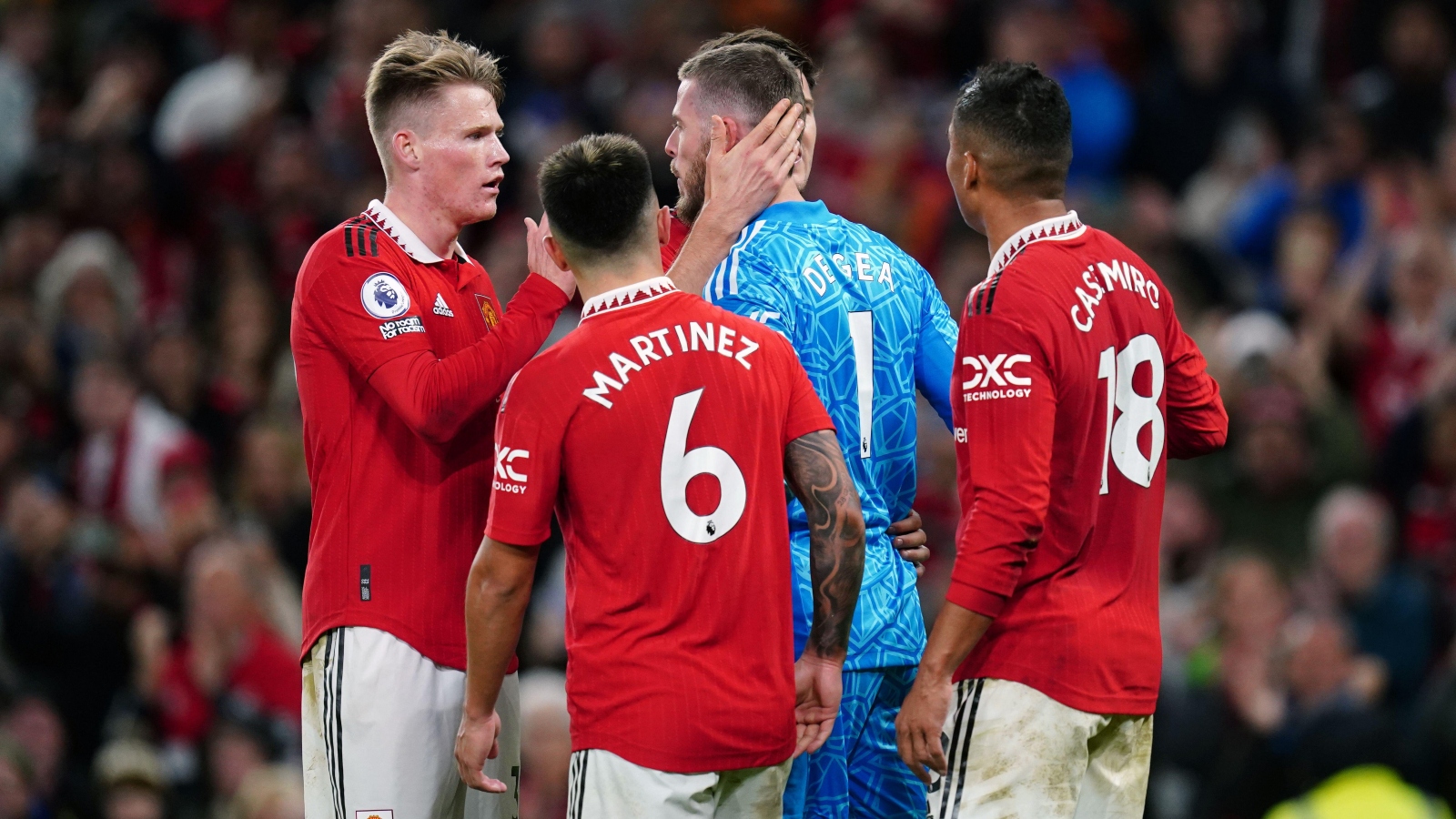 De Gea was arguably the best player on the park as Erik ten Hag’s men weathered a huge Hammers storm to win 1-0.

De Gea has received plenty of criticism in recent years, but has been in good form after a poor start to the season.

He was, however, left out of Spain boss Luis Enrique’s 55-man provisional World Cup squad, with the former Barcelona head coach choosing five other goalkeepers ahead of the 31-year-old.

Marcus Rashford’s first-half header was the difference in Sunday’s win for United.

It was not the England winger Antonio was p*ssed off with, however, but De Gea, who made some remarkable saves in the final 20 minutes.

Such is the story for West Ham this season, they could not take their chances and were constantly thwarted by the opposing goalkeeper.

Antonio has admitted that he finds it “frustrating” playing against the experienced Spanish shot-stopper.

He was also high in praise of Martinez and Maguire, but singled out De Gea, who ‘just decides to turn up’ whenever United take on the Irons.

“De Gea, argh. It’s so frustrating. Some of the saves he’s been putting up are unbelievable,” he told the Footballer’s Football Podcast.

“He’s done that to us for the last three years we’ve gone up there. We have had so many chances and he’s just decided to turn up for our games. He was unbelievable.

“They played well defensively. Martinez was quality, he was a rock, Harry Maguire came in and did well – with all the comments – but he was solid.

“Dalot took three balls off my head at the back stick!

“De Gea, over the last few years, playing against him, he has pulled out some worldies against me.

“I think it was in lockdown and I had three opportunities against him, back stick header, pulled it out, unbelievable save. Left foot shot, edge of the box, going just inside top bins and he’s finger tipped it over the bar.

“Next one was five yards out I hit him just to the left of him, and he’s still managed to get something on it!

“There’s a few games where he has done this to me and he’s really annoying me, not going to lie!”

West Ham and United are both in action on Thursday evening.

Ten Hag’s side play Real Sociedad in Spain, knowing they must win by two clear goals to top their Europa League group.

Sociedad are yet to drop points in Group E and picked up a memorable 1-0 victory at Old Trafford in September.

West Ham are back in Europa Conference League action, facing FCSB in Romania.

David Moyes’ men are also flawless in Europe having won five out of five, and the Hammers boss has confirmed that he will field a young and experimental side in Bucharest.

READ NOW: Aston Villa have appointed an ‘elite coach’ in Unai Emery but they’re not an elite club