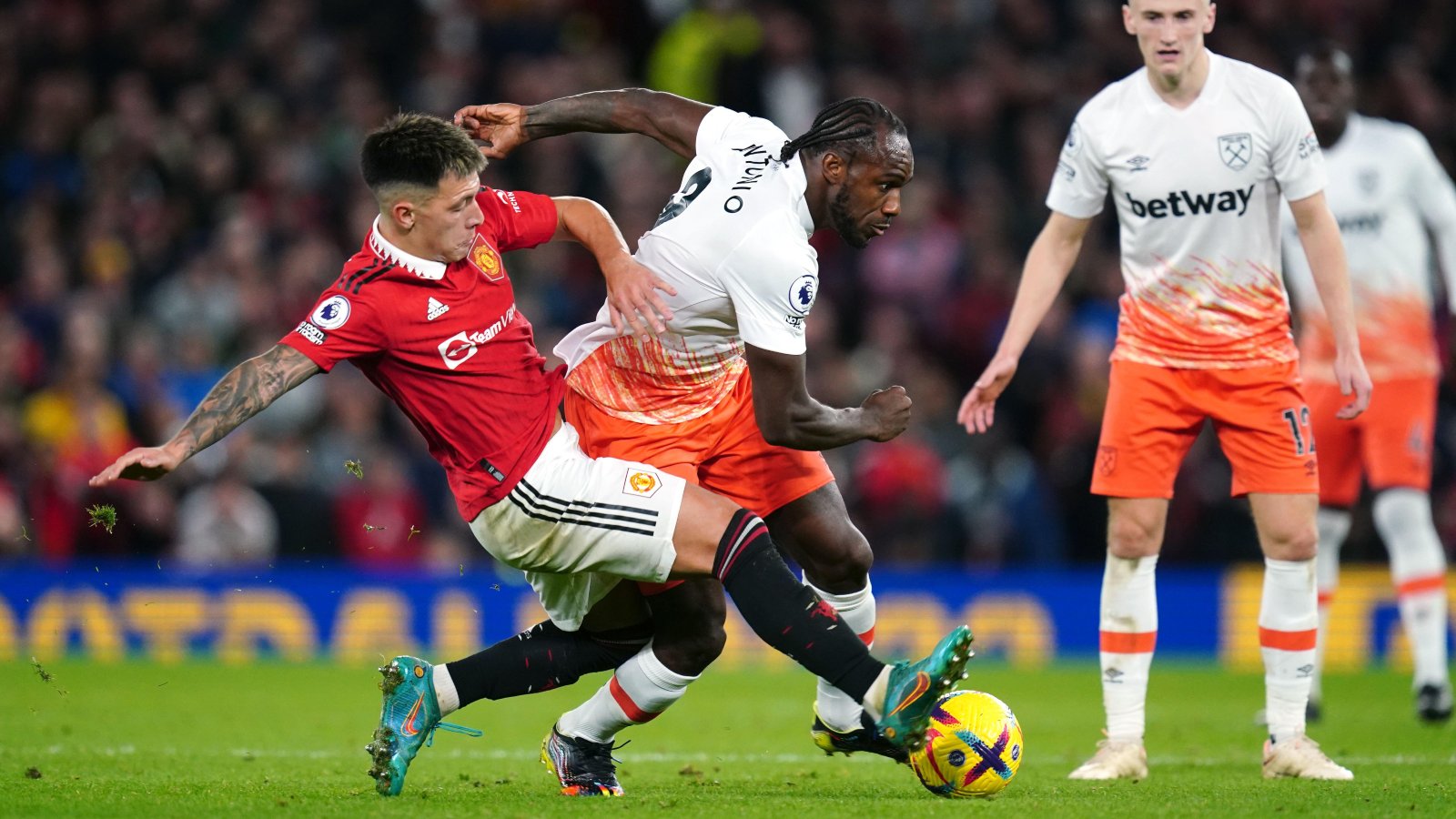 West Ham forward Michail Antonio has poured praise on two Man Utd stars after they beat the Hammers 1-0 on Sunday.

The Red Devils made it eight matches unbeaten in all competitions with victory at Old Trafford after Marcus Rashford scored the only goal of the game.

Man Utd climbed back up to fifth place in the Premier League standings with the win, one point behind fourth-placed Newcastle and eight points adrift of leaders Arsenal.

Erik ten Hag hailed Harry Maguire for his defensive display against West Ham, he said: “He was magnificent in protecting the box. He is a great player and a really good defender and we have seen how important he is for the squad.

“I am really happy for the team of course but also Harry Maguire as he came off the pitch with a clean sheet.”

And that was echoed by West Ham’s Antonio, who was impressed by Maguire and Man Utd goalkeeper David de Gea during the tight affair at Old Trafford.

Maguire has come under fire in recent seasons, with the England international receiving a lot of abuse, so it was nice to see him put in a positive display.

Speaking on Match of the Day 2, Antonio said: “We definitely deserved something from it. But this is football, we had so many opportunities but De Gea was on fire today, Harry Maguire put his body on the line – only came in because of the injury to Varane, but he did well today.”

Sky Sports pundit Jamie Redknapp picked out Casemiro as one of the stars of the show against West Ham and hailed the Brazilian for having a huge impact in recent weeks.

Redknapp said: “You have to be (impressed) I have looked at United’s midfield for so long and never really seen any combinations or a midfield you would be scared to play against.

“What he has done is brought so much authority to this team, calm, quality, know-how, knowing when to press, knowing when to intercept, how many times have we seen him just doing that, picking people’s pockets and then playing the right pass.

“You can see other teams looking at him like ‘wow that’s Casemiro there’ a little bit of spike but he knows where to be. They haven’t had that in midfield. Gary (Neville) played with magnificent midfielders at this club.

“For a long time I have looked at United’s midfield and thought it is so disjointed, there is no one that can do that job of getting hold of the ball and make the right pass.

“I thought he was excellent today. Everything he does he makes it look so simple. He played for Real Madrid for so long he knows the game inside-out.”