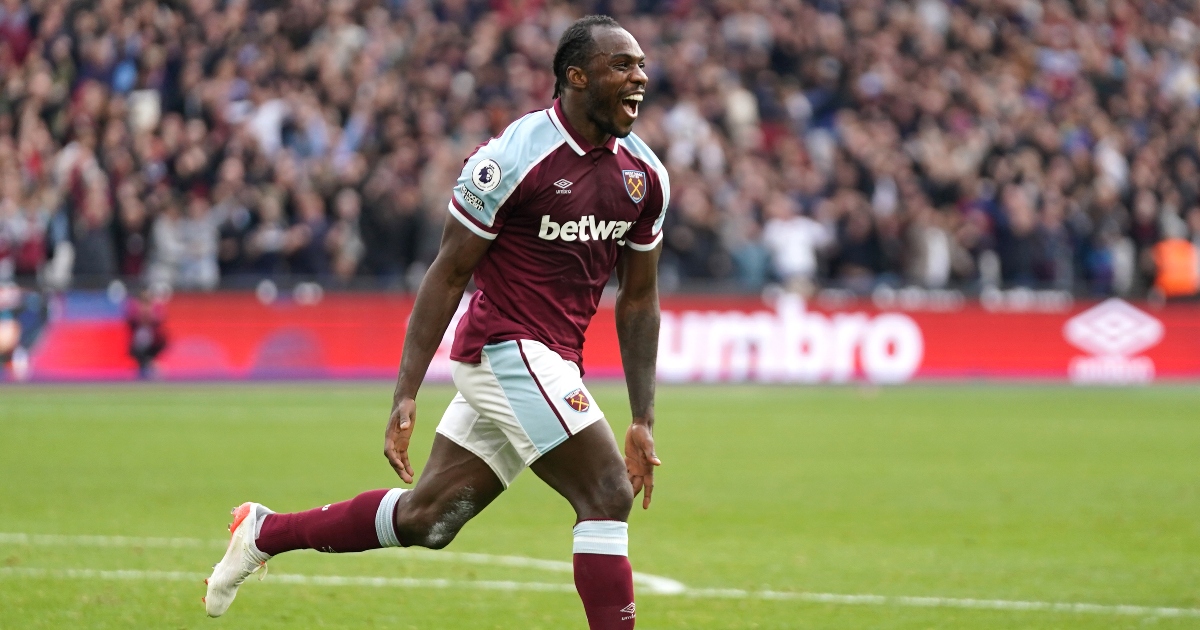 Michail Antonio has revealed he was “surprised” to score from a corner against Tottenham during Sunday’s 1-0 win at the London Stadium.

The Jamaica international scored the only goal of the game, turning in Aaron Cresswell’s corner.

Antonio’s goal made it six in eight Premier League encounters so far this season and his first since scoring a late winner against Leeds last month.

Only Mohamed Salah and Jamie Vardy have scored more in the league this season.

For the goal, the 31-year-old admitted he was in a position to block Spurs striker Harry Kane, not to score.

“To be fair, I wasn’t really there to score today,” said Antonio. “I was kind of there to block Harry.

“But the ball has come my way, being the poacher that I am, I stuck my foot out.

“I am not going to lie, I am surprised it went in. I kind of just got my foot there, just to get in front of him and it’s gone into the bottom corner.”

Antonio has started the season in terrific form, unlike Kane. The England captain only has one league goal so far this term.

He bagged his first Prem goal of the campaign in a 3-2 win against Newcastle United earlier this month.

Kane has, however, scored in the EFL Cup and in the Europa Conference League – bagging a hat-trick against NS Mura on matchday two.

Meanwhile, Hammers boss David Moyes has revealed that Chelsea and Man Utd have missed out on a “bargain” as Declan Rice is now worth more than £100m.

Both sides have been linked with the Englishman in recent months and it was reported during the summer that Rice was valued at around £100m.

However, as reported by the Mirror, Moyes has told Chelsea, Man Utd and others that the 22-year-old will now cost more than that figure:

“No I don’t, because there was a bargain to be got with Declan at £100m. That bargain’s now gone,” the West Ham manager said.