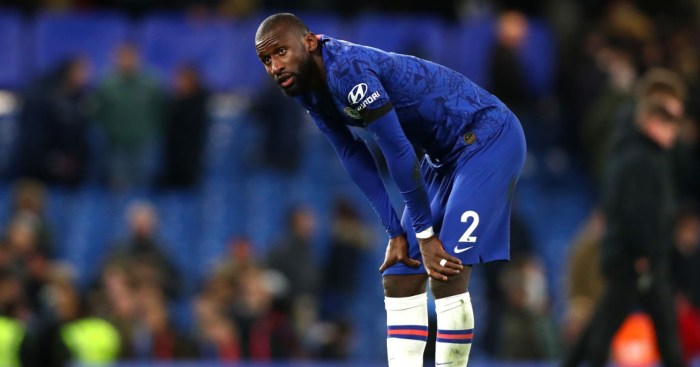 Antonio Rudiger claims “racism has won” after police found no evidence of abuse towards the Chelsea defender during their 2-0 win over Tottenham in December.

Germany defender Rudiger complained that he was subjected to monkey chants in his side’s victory at Spurs on December 22, but an “extensive” investigation, using CCTV and lip readers, has been unable to identify any perpetrators.

As a result the police closed the investigation in early January and Rudiger has described it as a “disaster” for football.

“They never get punished. In the end, I’m the scapegoat,” Rudiger told Sky Germany.

“I won’t give up. I’ll always raise my voice – but in relation to this, I’m alone.

“Racism has won. The offenders can always come back to the stadium, which shows these people have won. It’s a disaster.

“I became a father last Thursday and you start thinking society hasn’t come far enough in fighting racism, so my kids will probably suffer as well.

“If nothing changes, if kids don’t get good education and parenting, we’ll lose.”