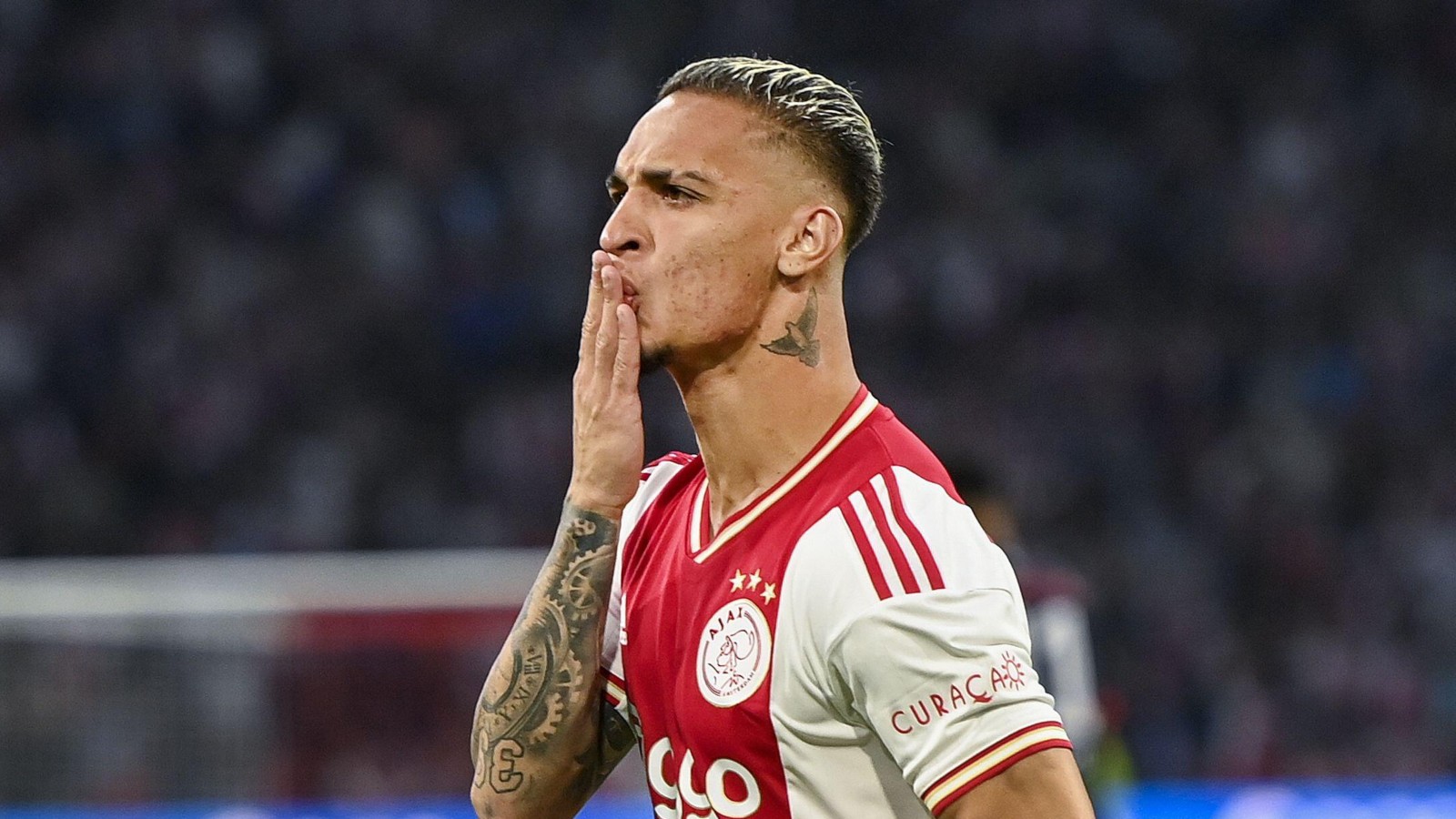 Antony has done little to play down speculation linking him with Man Utd – and suggested the signing of Casemiro could tempt him into joining.

Manchester United have less than two weeks remaining to add to their squad, having already signed Tyrell Malacia, Christian Eriksen and Lisandro Martinez this summer.

Real Madrid midfielder Casemiro is expected to be next through the door at Old Trafford in a typically chaotic transfer.

That could actually play a part in the protracted pursuit of Ajax forward Antony, if the 22-year-old’s most recent comments are to be believed.

“Thanks to Ajax I have become a more complete footballer, more effective especially and more of a team player. Every day I want to become a better footballer,” he told Dutch newspaper De Telegraaf.

“I always enjoyed watching Barcelona, Real Madrid and Bayern Munich, the clubs that did so well in the Champions League.

“But I was very interested in all the big teams with Brazilian players.

“That I got to play with Ajax in the Champions League against Liverpool was a dream come true.”

Perhaps being in the same squad as Fred will actually be the biggest temptation.

Antony was reported to have told Ajax he was not in the right frame of mind to train earlier this week, as Manchester United rumours ramped up following the club’s dreadful start to the Premier League season.

Asked whether he could guarantee he would still be playing in the Eredivisie beyond this month, Antony replied: “No, to be perfectly honest, I can’t.

“What I can say is that I want to come to the right decision with my family, business partners and Ajax, which is good for everyone.

“In the end, God determines my future. I am very happy at Ajax, I have a contract until the summer of 2025 and I will give everything for this beautiful club for every second. I wear the shirt with pride and from day one I feel at home.

“If we all decide that I will stay here, then I know that this is the best thing for me and the club. It’s not like I have to leave.

“Now I am focusing on playing football and have put all other matters in the hands of my agents and my brother. They will advise me on what is best.”

The Brazilian also underlined his close bond with former coach Erik ten Hag, with whom a reunion could be on the cards.

“Erik has been super important to me. I am grateful to him and wish him all the best,” he said.

“I will always cheer for Erik after working so closely together.

“I have not been able to celebrate or cheer for him as he got no points yet. I couldn’t until now anyway and that makes me sad.

“But knowing Erik, I am convinced that he will turn the tide soon.

“Manchester United will improve at his hand. At his previous clubs he has proven that his method works.”