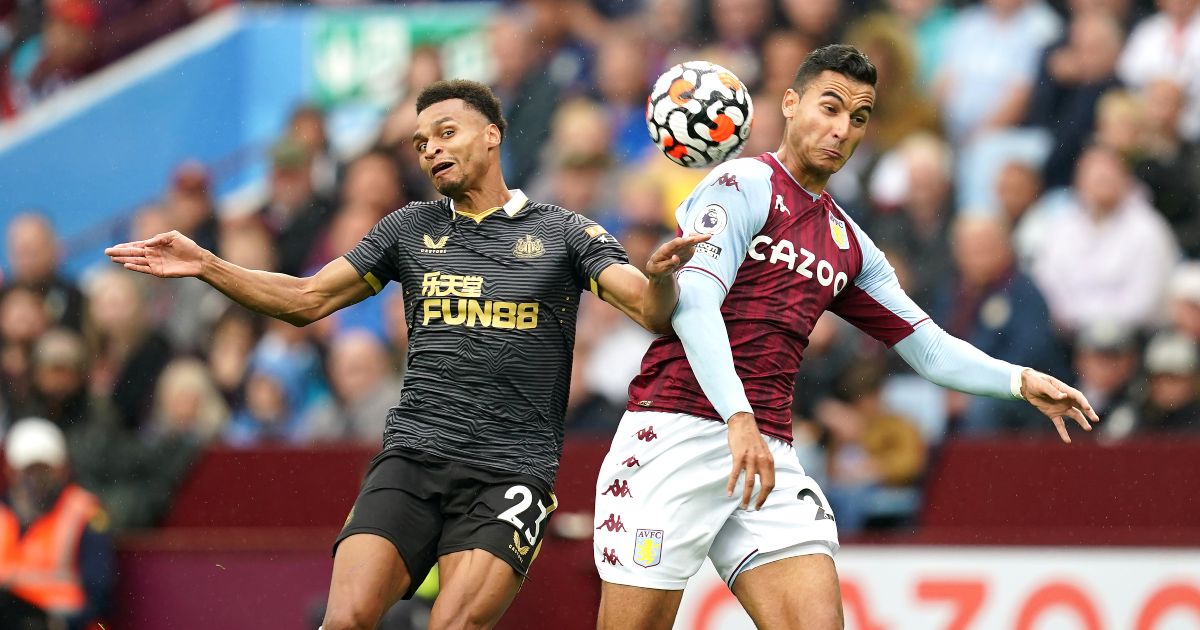 Anwar El Ghazi admitted Aston Villa were not at their best but had no doubt they deserved to beat Newcastle on Saturday as they got their first points of the season on the board.

A week on from opening their campaign with a 3-2 loss at Watford, Dean Smith’s men defeated Newcastle 2-0 in the first Premier League match at Villa Park with a packed attendance since early 2020.

Danny Ings put Villa in front with an overhead kick in first-half stoppage time before El Ghazi notched a 62nd-minute penalty to double the lead.

Newcastle had two VAR checks go against them, with the penalty being awarded after Jamaal Lascelles was deemed guilty of handball, and the visitors then being denied a spot-kick as Callum Wilson was ruled offside – verdicts Magpies boss Steve Bruce said he was “really frustrated with”.

El Ghazi told Villa TV: “Last week was a poor performance from all of us, and it’s amazing that we can do something right in front of all of our Villa fans.

“I think we deserved three points. It’s a big difference with the fans now.

“We know we didn’t play our best game, but sometimes it’s important just to get the three points. It’s what we needed, especially after last week.”

The Dutch winger, who scored four penalties last season, added: “It took ages before I could take the penalty, but I tried to stay focused.

“There was a lot of noise from the keeper and everyone around me. I stayed focused on scoring the goal.”

“There was a lot of noise from the ‘keeper and everyone around me, but I was focused enough to score the goal.” 👌 @ElGhazi1995 pic.twitter.com/hegILGz6u7

Newcastle skipper Lascelles told NUTV: “I thought with the penalty, the handball, I know it hit my hand, yeah, but I was that close to him, and I put my leg up to try to block the ball, and it wasn’t like my hands were above my head. So I don’t know what else I could have done.

“And then there’s the one on Callum, the foul, the penalty – they’ve given offside. I guess that’s just the fine margins in football, and on the day that is what made the difference.”

Newcastle were also beaten in their opening game of the season, 4-2 at home by West Ham.